Kwéyòl in danger of lingering death 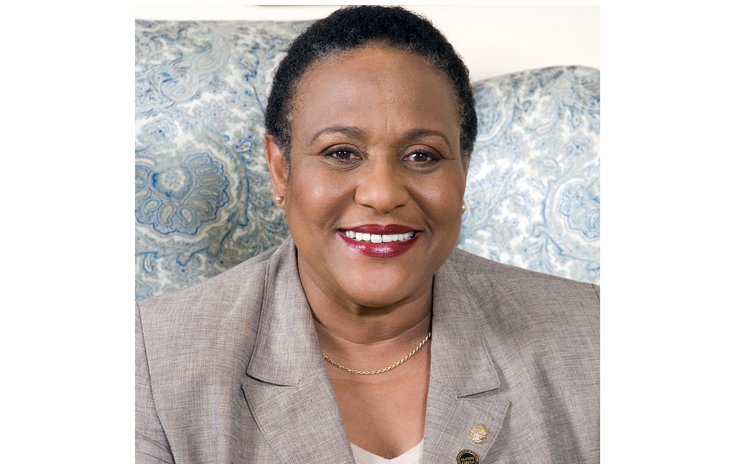 Dominica's Kwéyòl language and culture may be facing a lingering death and there should be a concerted national effort to save them.

This was the underlying message of Professor Hazel Simmons-McDonald's lecture to mark the 4th E.O Leblanc Memorial Lecture on October 8 at the Fort Young Hotel.

The Professor Emerita of the University of the West Indies (UWI) warned that "language death" becomes a reality when older people who speak a language move on and younger people do not learn it.

Even if the dying process stretched out for decades or a century, it will result in the tragic loss of an essential part of a nation's character because Kwéyòl is intrinsically linked to the Dominican national identity, she said.

The professor hailed Dominica's late Premier, Edward Oliver Leblanc as a visionary who pioneered the elevation of Kwéyòl from a frowned-on dialect of the illiterate to a unique and precious expression of cultural identity. She said Leblanc clearly understood the value of the Kwéyòl language and culture and shifted them to the forefront of the national consciousness to shape a national identity rooted in ancestral experiences.

LeBlanc's farsighted initiative to preserve the authentic Dominican Kwéyòl identity will be crucial to the collective shaping of a distinctive Caribbean identity, she affirmed, one that resists the trend of cultural homogeneity through globalization.

Simmons-McDonald quoted scholars Ernest Pépin and Rafaël Confiant from Martinique who advocate Creolisation or Creolite— "reclaiming and decolonizing of [the Caribbean people's] imagery and assuming our rich bilingual heritage".

She pointed out that one of the most pervasive legacies of colonialism in Dominica, St Lucia and Anglophone countries in the Caribbean is the imposition of English as the official language and the banishment of Kwéyòl from formal education.

The professor noted that during the colonial era some Caribbean writers experimented with English-lexicon Creole and Creole-Influenced Vernaculars (CIV), but English remained the dominant language and writing success was based on mastering it.

However, as cultural analyst Maryse Conde noted, when Caribbean writers started embedding Creole in their texts they were injecting the marginalized and despised culture into the heart of the dominant one, thereby destroying the latter's hegemony.

The lecturer referred to Dr. Irving Andre's book 'Edward Oliver LeBlanc and the struggle to transform Dominica', which lauded his open advocacy of Kwéyòl as one of the most positive aspects of LeBlanc's political ascendancy.

She endorsed Andre's assertion that LeBlanc actively promoted the idea that Kwéyòl expression did not carry a stigma of ignorance or illiteracy, but the assurance of one who was undaunted by any reproach for conversing in Kwéyòl.

The professor said LeBlanc was ahead of his time and had used Kwéyòl in his creative writing and poetry at least a decade before the Antillean orthography for representing the language was written.

Giving a historical perspective, she said Kwéyòl in Dominica existed by 1763, and was introduced by the slaves of the French. Douglas Taylor's 'Languages of the West Indies' named it as the "mother-tongue and first language" of most Dominicans in 1960; and in 1983 Pauline Christie deemed it their "first language".

Yet in colonial times it was relegated below English. "It was perceived as having little to contribute to the intellectual development of its speakers," the professor said.

But LeBlanc challenged the status quo and elevated Kwéyòl to the social mainstream by using it at formal celebrations and religious and civic events.

This celebration of the Kwéyòl language and culture continues to this day in the annual Jounen Kwéyòl activities, but the professor said that seasonal expression might not be enough to sustain them.

Furthermore, she expressed her concern that the Kwéyòl language is only being renewed through English, so there will be a dilution of the French aspect and a cline towards English.

According to the professor, such language-erosion is evident in Kwéyòl programmes broadcast by the media because broadcasters intersperse many English words and use ungrammatical Kwéyòl structures.

Simmons-McDonald explained, "This often happens when the announcer is not a native speaker of Kwéyòl or does not have balanced bilingualism that includes Kwéyòl as one of its languages."

She added, "A contradiction in the realities of Dominica . . . is that the preservation of the French Creole culture depends to a large extent on the maintenance of Kwéyòl. But the language is slowly being eroded by alternative cultural trends and policies."

Existing language-use policies that rule out Kwéyòl for educational functions diminish the language over time, she maintained, adding that English-only instruction in schools restricts the cognitive development of learners whose first language is Kwéyòl.

"This has transpired because often the children's proficiency in English is not developed sufficiently to allow them to use the language productively.'

The professor insisted that Kwéyòl should be included in educational programmes because it is imperative to preserve the links between past and present and ensure that students learn the ways they should go and grow.

"These ways are sacred and necessary for the cultivation of our identities. Depriving our people of them . . . can only lead to the steady erosion of these cultural norms that we process to value," the professor concluded.