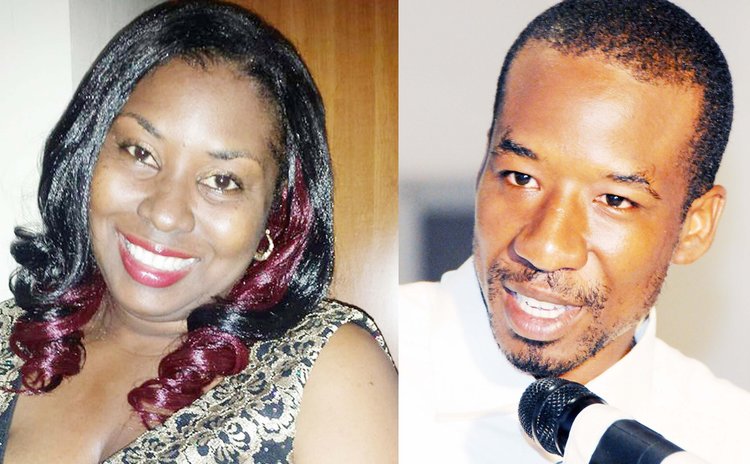 There's confusion in Labour's camp in Roseau South, the Sun can report.

As the Dominica Labour Party (DLP) prepares for the next general election, the ruling party has much difficulty deciding who will be its candidate for the Roseau South constituency.

Senator Jaisiah Benoit was the DLP's caretaker in Roseau South and the heir apparent but his position is reportedly tenuous while the names of Ossie Walsh and Chekira Lockhart-Hypolite have been featuring prominently in recent times.

Walsh, the Registrar of the High Court, has not ruled out contesting for Labour but he said for now he is devoting his attention to his work.

Mrs. Chekira Lockhart-Hypolite, 35, the Bursar at the Dominica State College, is apparently the preferred candidate by a prominent group of DLP supporters in that constituency. She holds a diploma in finance from the University of Leicester and is in her final year of a BSc course in accounts at The UWI Open Campus.

But Lockhart would neither deny nor confirm that she is preparing for a run for DLP in Roseau South.

"I have no comments on the matter; let's wait and see," she said.

Many telephone calls to Benoit to obtain his reaction to the situation in Roseau South was not answered or returned.

At least three high ranking members from the constituency told the SUN that Lockhart is ahead of the others in an unofficial primary poll and she is likely to be the DLP candidate.

"The lady holds the upper hand over the rest, since she came about we have been seeing things done," a DLP source in Roseau South said. "They want someone who they have control over like it was in the case of Ambrose George and that's why we lost that seat but we say no way to them".

Nonetheless, the DLP has been preparing for a showdown with Roseau South Member of Parliament Joshua Francis, the deputy leader of the United Workers Party (UWP) who was embroiled in two recent controversies that Francis said has been created by the DLP to tarnish his reputation. One of these was the recent public disclosure of court documents of his pending divorce case.

"Today, my family is separated and my good name has been under ferocious and consistent attack," Francis said in a statement released on 14 January. "The attempts at corrupting my reputation are attempts to deflate my legal practice and my political career; they want me to starve. How wicked!"

For example, Daryl Titre, a prominent supporter of the DLP and former press secretary, recently called on Francis, on a news broadcast of the State-owned DBS Radio, to resign or prepare to be pushed out.