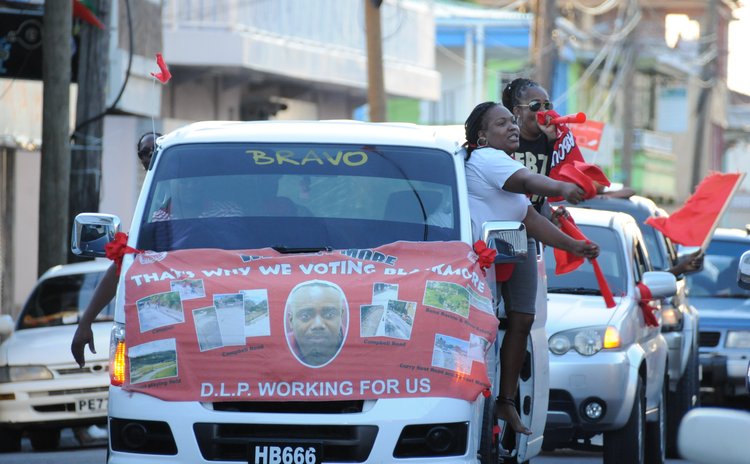 A motorcade on Independence Street, Roseau on Saturday, a day before the DLP national rally

Hundreds of supporters of the Dominica Labour Party (DLP) from all parts of Dominica are now converging on Benjamin Park in Portsmouth for the party's national rally.

Red, red, red will be all over the park as the DLP shows off its strength in response to the opposition's criticism of the management of the Citizenship by Investment (CBI) Programme.

Starting at 3 pm, the rally features a number of local music stars including Daddy Chess, Lugars, Scrunter, Genius, Tru-Riddim Band and Triple K will bring down the curtain at the scheduled time of 7.30 pm.

In addition to prime minister Roosevelt Skerrit, the other main speaker will be former Trinidadian minister of justice Herbert Volney.