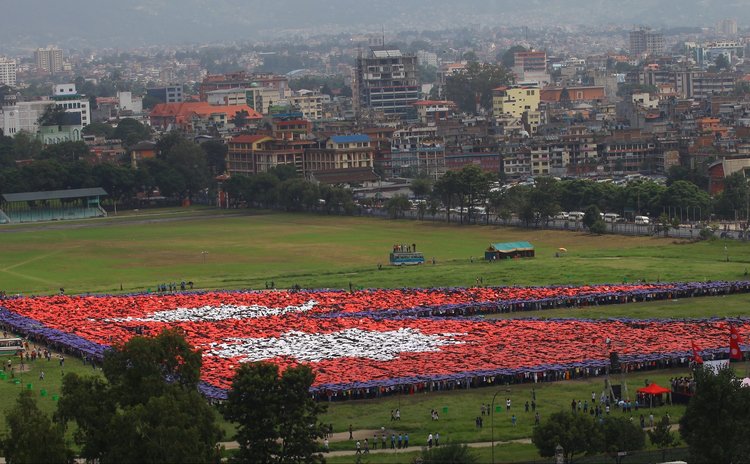 Tens of thousands of people holding coloured boards gathered in Nepal's capital on Saturday in an attempt to break the record for the largest human national flag, the AP has reported.

The crowd comprised mostly students, but other participants included doctors, government workers, politicians and business executives — all of whom stood for hours in an open area in the heart of Katmandu, AP stated.

"More than 38,000 people were estimated to have formed Nepal's flag, shaped as two red triangles with a blue border. Nepal is the only country whose flag is not quadrilateral," AP said one of the event's organizers, Ashish Chaulagai, said

A report is to be sent to Guinness World Records where Pakistan holds the record of 28,957 people.