Lawyers' law: September, all over 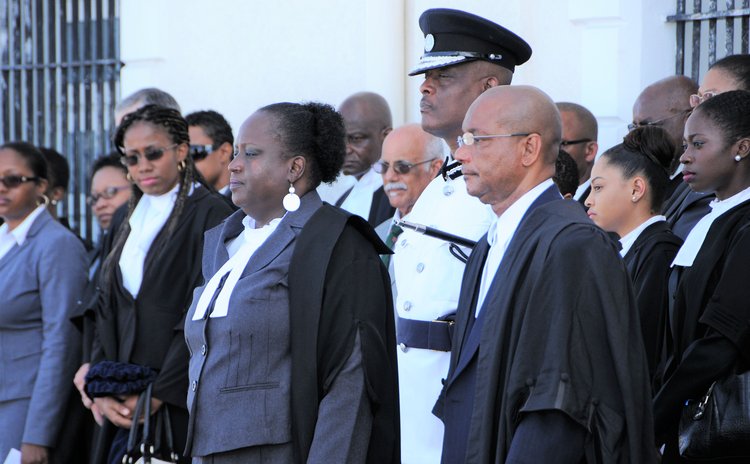 This time it will be done in September 2018.

Dominica's on-again-off-again Legal Profession Act, a law that everyone says is absolutely necessary for regulating lawyers has nonetheless taken more than a decade to get through Parliament. That will be done by the end of this year.

That's the word from Attorney General (AG) Levi Peters who told the SUN last week that his office is fine-tuning the Act.

"We had a few things to deal with and so we had a slight delay, but I can tell you for sure that by September 2018, that is in the later part of the year, we will have this Act come before Parliament and fully debated to be passed into law," he said.

Almost eight years earlier, in 2010, Attorney General, Francine Baron-Royer said the Act was coming at a time when the integrity and confidence in lawyers had been eroded.

In an article published by Dominica News Online in September 2010 Baron-Royer was quoted as saying: "Great reliance and trust is placed on lawyers. Lawyers play an important role in defending the rights of and looking after the interests of their clients. The confidence of the public has been shaken. Their belief in the integrity of lawyers has been eroded and the lack of accountability have been derided. In some instances the role and responsibilities of lawyers have been misunderstood."

She added: "In any profession, organisation or grouping that interfaces with the public there's always great merit in having rules regulations and dispute mechanisms so that members are aware, the public is aware of the standards that are expected, the limitations that exist, and the means by which disputes or complaints can be settled."

The Act, Baron-Royer said in that DNO 2010 news story, would provide for disciplinary measures against lawyers and protect the public from bogus legal professionals.

"We have spoken about the passage of a Legal Profession Act for some time now. I am sure that John Public believes that the only thing that the Act deals with is the disciplining of lawyers. It does provide a proper mechanism for that but it is much wider than that," she said. "The Act will also contain a code of ethics to govern professional practice and conduct. It will deal with the admission of persons to the profession. It will protect the public from persons representing themselves as lawyers who are not qualified to do so, among other things."

Recently officials of the legal fraternity have expressed concern about the delay.

President of the Dominica Bar Association (DBA) Mary Roberts told the SUN that the association has sifted through the Act and has provided its recommendations to the AG.

"We have reviewed the Act on numerous occasions and have forwarded our comments and concerns to the AG. We are very much in favour of passing the Act we have no problems with it," she said. "Some people may think that we are against the disciplinary part of the Act; we are not. We are in total and full support of it and, like I said, we have made a few minor changes and suggestions and we need that Act to be passed…we have no problems with it at all."