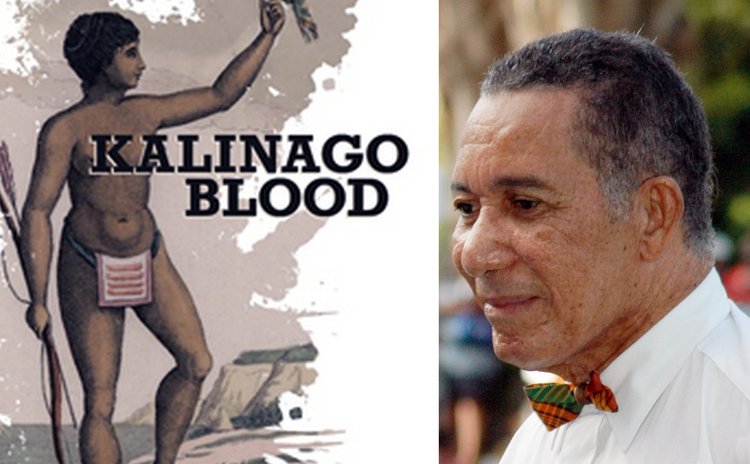 As part of the activities for the seventh annual Nature Island Literacy Festival and Book Fair local author Alick Lazare launched his new novel 'Kalinago Blood' on August 7 2014 at the Anchorage Hotel.

Speaking at the book launch Lazare stated that he wanted to write a story on Indian Warner, one of the prominent figures in Dominica's early history.

He said his research took him to various local archives, including the valuable writings of Dr. Lennox Honychurch, extracts from the works of Douglas Taylor, French periodicals and a two volume booked named Antigua and the Antiguans.

"In the course of my research I found and interesting character called Barbe a captive from the Kalinago in St. Kitts. This Barbe had betrayed her Kalinago captures by informing Warner of a plan to kill him and all the other settlers on St Kitts," stated Lazare.

He added that he asked himself a series of questions. Was she the same woman Thomas Warner had fallen in love and was she Indian Warner's mother?

"If Barbe was in fact the cause of the beginning of the Kalinago genocide, how was I to build my story around two main characters Barbe and Indian Warner especially if Indian Warner was indeed her son?" he asked.

Lazare was able to confirm that Barbe was the one who betrayed the Kalinago to Thomas Warner became his mistress and the mother of Indian Warner.
Furthermore, he said "Kalinago Blood is a story of love and violence, sex and romance, jealousy and fantasied greed and genocide. It is a story of simplicity and naturalness of the native people and their struggle to survive in an environment that they had kept pristine, clean and pure for a hundred of years…it is a story told from the perspective of the voice of the Kalinago".