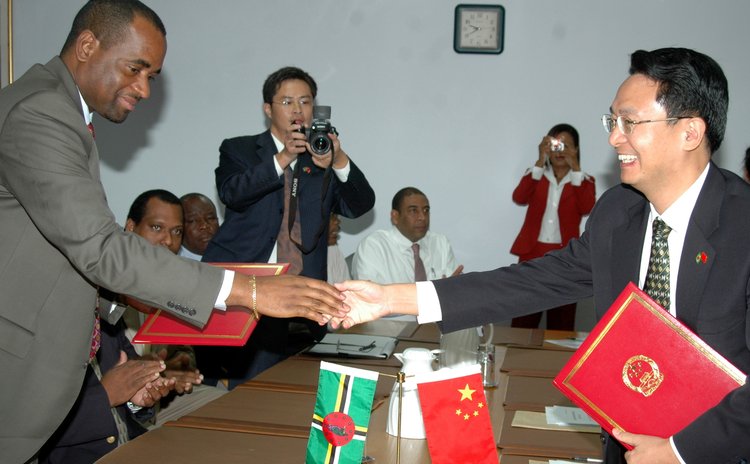 BEIJING, March 23 (Xinhua/Sun) -- Leaders of China and the Commonwealth of Dominica on Sunday exchanged congratulations on the 10th anniversary of the establishment of their diplomatic relations.

In his congratulatory message, Chinese President Xi Jinping said over the past 10 years, the two countries have conducted frequent high-level exchanges, steadily advanced cooperation in economy and trade, increasingly boost people-to-people exchange and deepened friendship between the two peoples.

"China attaches great importance to bilateral ties and is willing to work with Dominica to enhance mutual trust, broaden cooperation and cement friendship so as to bring benefits to both countries and both peoples." Xi said.

In his message to Xi, Dominica's President Charles Savarin said Dominica is very pleased to see the steady development of Sino-Dominica ties featuring continued high-level exchange of visits and strengthened cooperation in various fields over the past 10 years.

In his message, Li said that since China and the Commonwealth of Dominica established diplomatic ties a decade ago, their bilateral ties have maintained a great momentum for development, with deepened mutual trust, fruitful pragmatic cooperation and mutual support on international and regional issues.

For his part, Skerrit said since the establishment of diplomatic relations between the two countries, the two governments "have enjoyed a meaningful partnership promoting mutual cooperation in various fields" such as education, agriculture and infrastructure.

"We look forward to increased cooperation between our two countries in the coming years," Skerrit added