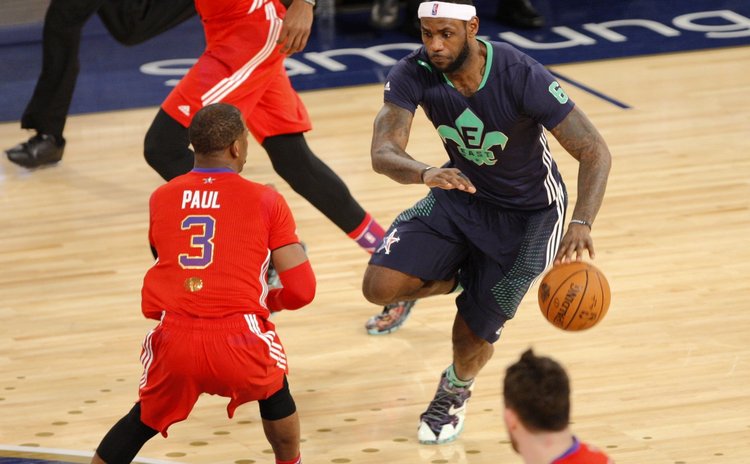 NEW ORLEANS, Feb. 17, 2014 (Xinhua) -- LeBron James of the Miami Heat (R) runs with the ball during the 2014 NBA All-Star Game against Western Conference in New Orleans

NEW YORK, July 11 (Xinhua/Sun) -- LeBron James decided Friday to go back to the Cleveland Cavaliers next season after the drama of his future finally came to a happy ending.

The Miami Heat guard made his announcement on Instagram and Twitter, saying "I'm coming home" and the Cavaliers logo. He also told Sports Illustrated his decision.

James, who was selected by Cleveland as the top pick of the 2003 NBA Draft, led the Cavaliers to their only NBA Finals in 2007.

After becoming a free agent in 2010, James announced through a television show on ESPN to join the Heat, where he won two NBA titles with Dwyane Wade and Chris Bosh.

He will be accompanied by a new squad, including Kyrie Irving and this year's top pick Andrew Wiggins, as well as new coach Dave Blatt in Cleveland.

"I'm not promising a championship. I know how hard that is to deliver," James said.

"We're not ready right now. No way. Of course, I want to win next year, but I'm realistic. It will be a long process, much longer than it was in 2010. My patience will get tested. I know that."