Leivys Robinson: It is different when you see it. I was like 'waw'. 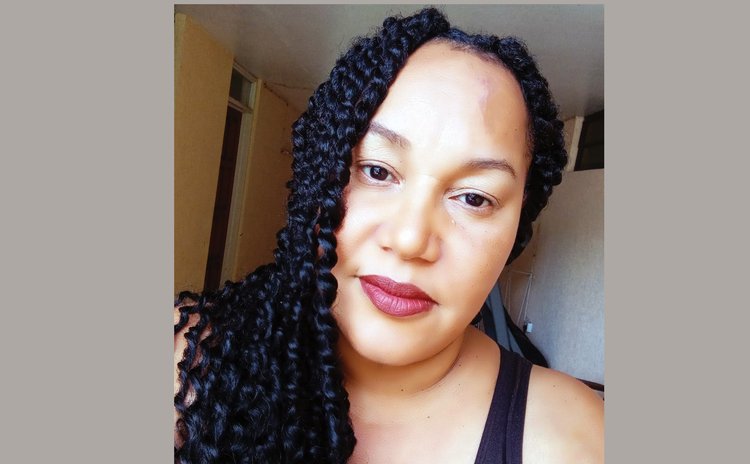 A Cuban native with a desire for youth to learn and love the Spanish language and culture is giving of her time and talent across the education sector in Dominica, the country she has made home.

Leivys Leidys Garcia-Robinson, currently a full-time Spanish lecturer at the Dominica State College, had married a Dominican man, in Cuba, and the plan was for the family to move to the Nature Isle.

She first visited Dominica in 2004 "to adapt to the country, learn the language, and get a job." Garcia-Robinson was able to do all that and more and is now synonymous with representing the Spanish language and culture across several schools in Dominica.

According to Leivys, during the initial visit to her husband's homeland, her biggest adjustment was to the transportation network and the style of driving by the locals.

"What surprised me was the roads; they were small and people drove on both sides. They also drove really fast and took the corners fast, that was a shock," she said.

Before Leivys first stepped foot on the island, her husband described the country: its topography, attractions, and natural beauty. But, as she shared with The Sun, hearing about the country and experiencing it are two very different things.

"It was super green and there are a lot of mountains. Where I come from, in Cuba, is flat and bigger than Dominica. I had an idea of what to expect, but it is a different thing when you see it," she said. "I was like 'wow'."

Following her trip in 2004, she returned to Cuba in 2005 to finalize some documents before returning permanently in 2006.

Now that she has been here for approximately 16 years, Leivys has seen many changes around the country and is happy for them. One of the major developments she pointed out was that of the roads. Compared to 2004, that infrastructure has improved greatly.

Garcia-Robinson is also passionate about mental health and well-being. Owning a first degree in psychology and having spent a few years in Cuba working in that field, she is pleased that mental health issues are getting more attention here.

Dominica is known for its friendly and welcoming people as they add to the charm of the Nature Isle. Leivys has seen a shift in her daily interactions during her time here.

"People are more open to learning the culture of Latinos and ask more questions. In the beginning, they were not as open," she said.

Over the years, Garcia-Robinson has seen a lot of non-nationals make Dominica home and she agrees, because "there are a lot of engineering jobs, people come and bring their family. They love it here because it is nice and quiet. That is also why I love Dominica."

Additionally, Leivys holds a master's degree in Spanish and is devoted to teaching the language and culture to those who are interested. She vows to continue giving back to the country through this means and says she has already learned so much through her time at the various schools on the island.

"St. Luke's Primary School taught me a lot about Dominica's culture, through music and dance," she said. "I also taught at Newtown Primary School. And I do a lot of volunteer work because I want the children to love Spanish."

The list of schools where she has assisted is lengthy and keeps growing. Her next mission is to help fifth-form teachers gain certification and training in the Spanish language. Garcia-Robinson would like to contribute to the development or improvement of a curriculum for the more effective teaching of that language in schools.

"God gave me my purpose and my purpose here is to make people love Spanish," she said.

Leivys remains forever grateful to the people and institutions in Dominica which have embraced her with open arms, making her comfortably call the island 'home'.