"Back-stabbing and treachery" within UWP leads to surprise Linton's resignation 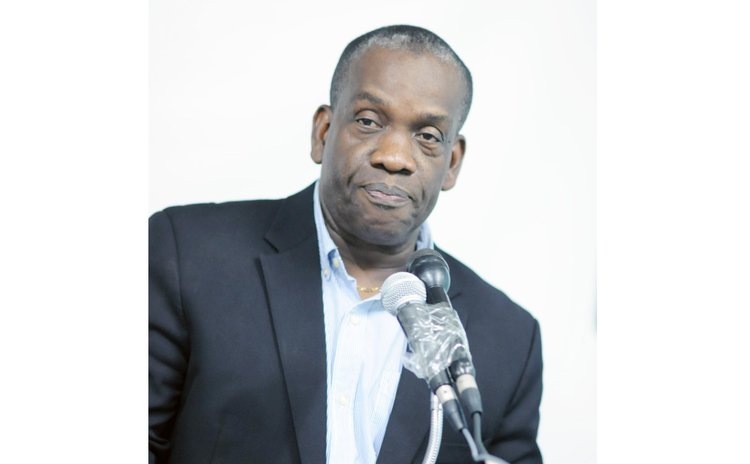 "Yes, there has been infighting, the vilification from within the backstabbing and the treachery, but I'm alive," bemoaned Lennox Linton.

When the news broke over the weekend that the Parliamentary Representative for the Marigot constituency, Lennox Linton, had tendered his resignation as the leader of United Workers Party (UWP) , less than a year after being re-elected, theories abound as to the reason for his resignation.

On September 30, 2022, President of the UWP Isaac Baptiste was informed by way of a letter of Linton's departure with immediate effect.

"The man fed-up of politics, more he talk Dominicans still voting their Skerrit so I agree, leave them in their mizè," a staunch party supporter stated.

A social media user wrote: "He going to cross the floor like Isaac."

While others added: "Linton left UWP to join Alex party."

Lot of tension in UWP

However, a member of the UWP in the Marigot constituency told The Sun that Linton's resignation was in the making for the past few weeks due to discord and "betrayal" by his own party members.

"I spoke to Mr. Linton recently and he informed me that he was considering leaving the party," the source stated. "There is a lot of tension within the party and it got to the point where some people are working with the government to have Mr. Linton removed or to undermine the work that he is doing."

Three days following his resignation, Linton has seemingly confirmed these claims in a public statement via his social media page.

According to the Marigot MP, his resignation from the post of political leader of UWP emerged from the national yearning for change "that is a must."

It was never "till death do us part"

Linton stated, his relationship with the UWP was never "till death do us part," but rather an effort to bring change in Dominica.

He added that any good leader and party who is committed to improving the quality of life for all must periodically rethink policies, renew systems, and rebuild organisational structures to remain relevant and fit for purpose. Like other political parties, he said the UWP is not immune to challenges with infighting and leadership succession.

"In democracies, where people enjoy the inalienable right to decide who they want to be, while at the same time dictating who others should be, no political party has any monopoly on these disruptive behaviours within the party, that hurt leadership efforts and injure the party's image as an honest agent of change," Linton said.

"A house divided under itself cannot stand and it is in the balance between democratic freedoms and the discipline for collective leadership responsibility that eludes us from time to time," Linton said in the statement.

The former radio talk show host and journalist contends that his journey during the past nine years has not been without its challenges in his effort to usher in the benefits of change to secure the best Dominica for all Dominicans.

"Dominica is hurting," he said, "joblessness, worsening poverty, spiralling dependency and relentless attacks on the freedom of the human spirit are destroying the right to lives that matter.

A people deprived by the government of the means to meet their needs are imprisoned behind the bars of those unmet needs."

While he believes that the opposition's quest to gain power has been unsuccessful due to an unlevel playing field, he alluded to betrayal within his own party for their defeat.

"And yes, there has been the infighting, the vilification from within, the backstabbing and the treachery, but I'm alive, I survived to stand aside, to continue to serve, committed to secure a course correction so that the leadership of the party going forward is protected from similar impediments to ensuring that Dominica is on the ballot, and not the parties and interests we define in mindless prejudice, of colours. It's time for change, "he said.

Linton says is hopeful that his resignation presses the leadership reset button, on the clear understanding that living for others, is a rule of nature and " if there is no enemy within, the enemy outside can do us no harm. Let this be a moment of new energy, enthusiasm, and commitment to the movement for change that is to be, the change that begins between you and me. In all of us, for each of us and in each of us, for all of us," he encouraged.

In his parting words, he thanked his family and supporters and added: "I did not come into this cause for Dominica that needs assistance, as political leader of UWP or any other party. I came to serve and I'm privileged to have been in the position to serve at the level of political leader of the United Workers Party. The United Workers Party needs something different right now."

While the party has not made an official statement on Linton's resignation, former UWP Senator, Thompson Fontaine praised the work on Linton on his radio programme.

"I want to express my thanks to Hon. Lennox Linto for the tremendous work he has done over the past years. We really need to honour those among us who give themselves selflessly in the pursuit of accountability and good governance and he was one of those champions…and we hope that he continues his good work. No doubt the party will move on but new leaders will certainly emerge going forward but we thank Hon. Linton for his great service to the party and Dominica," Dr. Fontaine stated.

On December 12, 2021, Linton was re-elected unopposed as the political leader of the UWP, a position which he held since 2013, replacing Hector John.

With Linton's resignation, Deputy Political Leader, Francisca Joseph, ascends to the position of party leader until that position is determined at the party's delegates conference which, according to one UWP member, is due to be held in November this year.