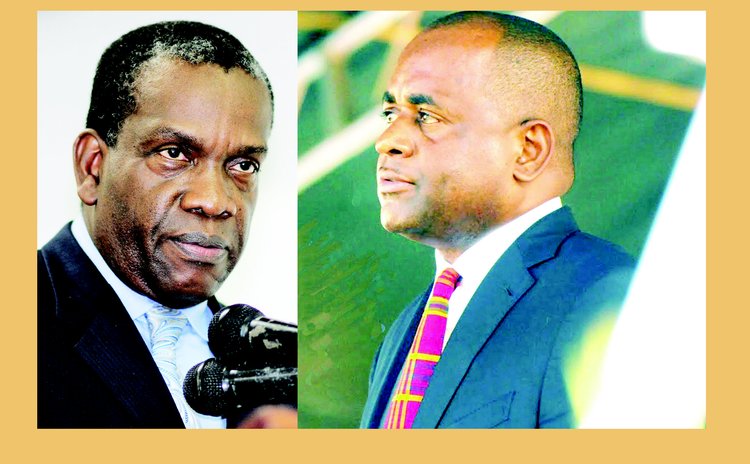 It is not unusual for Prime Minister Roosevelt Skerrit to lapse into extended sessions of hagiography and adoration whenever they speak about, or listen to, him.

Whenever questions are raised about Skerrit and some of his actions and practices, the curse of indifference is often the first line of defence.

However, the opposition unsurprisingly, is less generous, often portraying the prime minister as a bumptious, neo-toff who cannot be trusted.

The opposition leader, Lennox Linton, returned to the theme of trust last week, when he presented his response to Skerrit's over $1 billion budget.

Linton questioned the prime minister's credibility on the Petrocaribe debt controversy, "on account of the loud, inexplicable silence" on the whereabouts of monies from the forgiven debt.

"The prime minister who has asked the world to help Dominica become the first climate resilient nation in the world is the same man who publicly denied for years a Dominica debt of over US$100 million owed to Venezuela and then turned around and accepted forgiveness for the same debt he insisted Dominica did not owe," Linton said.

"Where is the capital gain conferred by the act of debt forgiveness? Why is it not captured anywhere in the capital revenues listed in the 2018/2019 estimates?" he continued.

The opposition leader reminded the house that he'd asked in May last year "for a full accounting" of the monies - who received the funds, when, into what account it went and what it was used for. He recalled also asking for the available balance as at the date of forgiveness and when the entity holding the loan would present a cheque to government.

"We are still waiting for satisfactory answers," he said.

Linton reminded parliament that Skerrit promised that the entities involved - the National Petroleum Company of Venezuela, joint venture with Venezuela and Dominica and the wholly-owned state company, Dominica National Petroleum Company (DNPC) – would reconcile the accounts and once this was done, the funds would be sent to the DNPC which would transfer the money to the treasury, but nothing has been said of the funds since.

"The struggling people of Venezuela and the hurricane-affected people of Dominica whom the Venezuelans have made a huge sacrifice to help simply want to know where is the money?" he said.

Linton also recalled drawing parliament's attention "to what appeared to be a discrepancy" of EC$140.7 million in the balance of the citizenship by investment account. He said the explanation given for the discrepancy was that EC$13.5 million was being transferred monthly from the CBI account to an airport development account.

"But the $149 million said to be in the account as at May 31st, 2018, means, without more, that the airport account transfers took place in the financial year commencing July 1st, 2017 and therefore have nothing to do with the balance on the CBI account at the end of the previous year June 30th, 2017. Again, we need a proper explanation. What happened to the $140.7 million? Where the money gone?"

"We also need confirmation of the $337.5 million estimated to be in the airport development account as at today July 31, 2019. This is consolidated fund money. Where is it being held? Is it in Dominica? And if it is not in Dominica under what lawful authority is it being held overseas?

"The people of Dominica want to know the truth, the whole truth and nothing but the truth about their passport money?" Linton stressed in the part of his presentation entitled, 2019 Budget Numbers – Issues of Trust.