Lennox Linton: "The economy is in shambles"

The Opposition United Workers Party responds to the Government budget 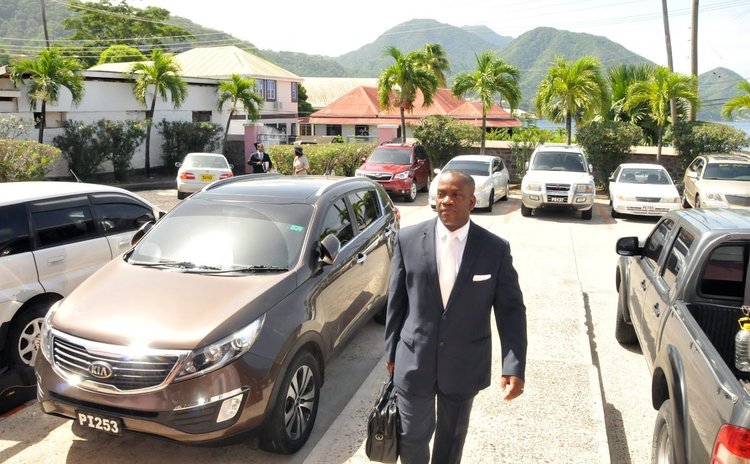 One country. Two completely different perspectives. One version says Dominica is blooming like today's Flamboyant trees. Another Dominica is as rotten as garbage in the Goodwill landfill.

Both versions cannot be right.

Last Friday in and address that he called "Keeping it Real" we heard Prime Minister Roosevelt Skerrit describe his version of Dominican in glowing terms. The economy (past, present and future) was good and getting better; the Government programmes and projects were delivering results, he said.

"So I know the naysayers will quote the various questionable articles and reports," the Prime Minister said. "What I invite them to do, is consult the people of Dominica, and ascertain whether their lives have not been improved, and the quality of their existence enhanced, as a result of the policies of this government."

Skerrit added: "Today, as one scans the Dominican landscape, and listens to the testimonies of many, it becomes clear that a multitude of lives have been touched for the better by the policies and programmes of this Government.

"The ground is being levelled as inequalities in the society are being removed. Many, who never dreamt of owning a home, now do so, with some even planning to expand on the units they proudly own, as a result of the housing policies of this Government."

Prime Minister Skerrit said his school bus programme is making life easier for parents of school children; householders who could not afford education for their children now have two or three university graduates in their midst; improvements in the road network have brought economic benefits to the road users and the communities.

"Far reaching investments in the pork and poultry sub sectors, an aggressive expansion of non-banana crops, the operationalizing of the pack houses and the implementation of the Banana Accompanying Measures (BAM) Project, bring new hope and excitement to the sector," Prime Minister Skerrit said adding that every corner of Dominica will soon have access to portable water.

Lennox Linton's version of the state of the Dominican economy

Compare this picture from Skerrit to the other, the version from Linton, the Leader of the Opposition form his response to the budget address that he called "A 'can do' commitment to economic Review."

"Things are bad and getting worse… but in this cruel tale of two countries the boasts of how well government is doing makes it crystal clear that the country the government talks about is quite different from the one in which the people struggle and catch hell," Linton told parliament on Monday as he read the traditional response to the budget that Skerrit presented two days earlier.

Linton continued: "As the struggle continues, as the hell fires of socio economic deterioration burn, people are losing hope, intimidated by their government into the belief that this is the best we can do… we cannot do anything to rise from this mess of governance failures."

Linton accused the Prime Minister of not being able to provide economic leadership to Dominica for 15 years.

"In the last 5 years, the Dominican economy grew at an average of less than one percent per year, well below the 5 - 7 percent required to generate sustained employment and to reduce the incidence of poverty. Ironically the Dominica in which Labour Party ministers and their friends are doing extremely well is the same Dominica in which the people are catching hell," he said.

He added: "Characteristically, in today's Dominica we find: no jobs; low paying jobs; working poor people; no more savings; the unpaid monthly bills are piling up; land, houses, vehicles and appliances are being repossessed; the days on hungry bellies continues to increase; no money for school fees and school books and school clothes; in many cases no options left but to sacrifice dignity as a beggar at the mercy of a government minister".

He continued: "The economy is in shambles and we are witnessing the consequent social ills particularly among the youth where unemployment is the most acute. This also translates to a growing segment of the population requiring government assistance and the provision of a 'social safety net'".

One country; two perspectives; are both correct?