Pappy says US President Donald Trump is not a racist 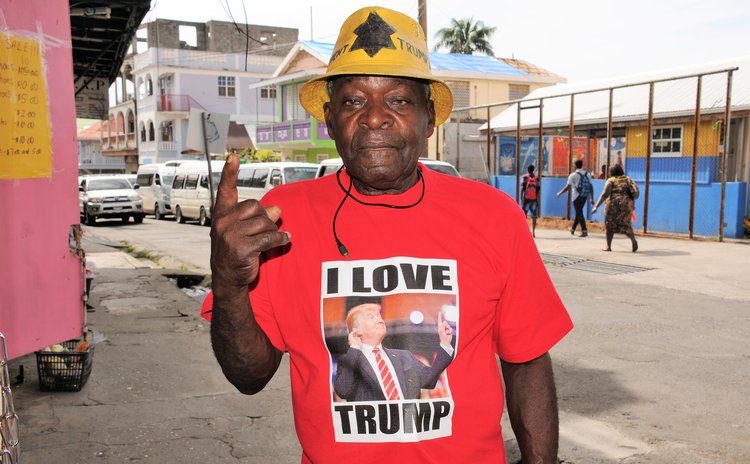 On Wednesday morning Pappy walked through Roseau, the capital, wearing a yellow hat and a red t-shirt printed with words expressing his admiration for Trump ("I love Trump" at the front; "Trump is President" at the back)

Asked why he admires Trump, Pappy said: "Trump is a man who speaks his mind."

Pappy said he supports the US that Trump allegedly made last week denigrating Haiti and African countries.

He has a right to make that statement," Pappy told THE SUN. "He has a right. So I still support him in spite of the statement he made."

Do you think Trump is a racist, we asked?