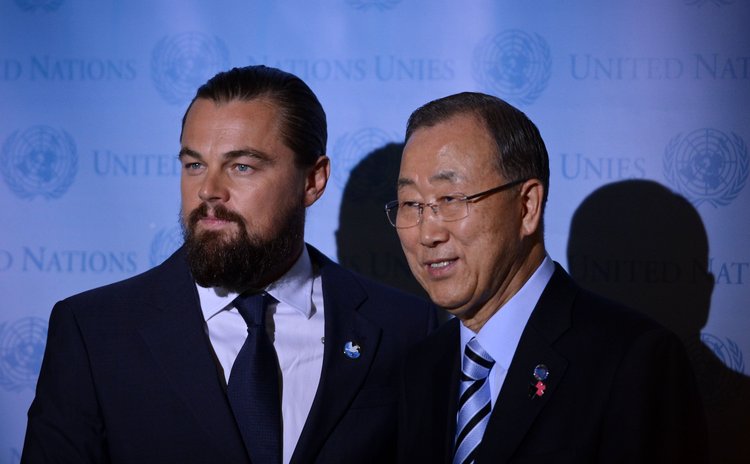 While making the announcement at a press conference here at the UN headquarters, Ban said he has invited DiCaprio to address the UN Climate Summit on Sept.23, which will bring together leaders from government, business, finance and civil society to promote climate action for a healthy planet, sustainable economic growth and better standards of living for all.

"Mr. DiCaprio is a credible voice in the environmental movement, and has a considerable platform to amplify its message," Ban said in a note to the press. "I am pleased he has chosen to add his voice to UN efforts to raise awareness of the urgency and benefits of acting now to combat climate change."

The UN chief praised DiCaprio's longstanding commitment to fighting for environmental causes, not least the substantial funds raised and generous grants provided to environmental protection and conservation projects through his foundation.

"It's an honor to accept the role of UN Messenger of Peace on Climate Change and to support the Secretary General in his efforts to address one of the most important issues we face as a global community," said DiCaprio. "I feel a moral obligation to speak out at this key moment in human history - it is a moment for action. How we respond to the climate crisis in the coming years will likely determine the fate of humanity and our planet."

DiCaprio, the Academy Award-nominated actor, established in 1998 the Leonardo DiCaprio Foundation, with the mission of protecting the Earth's last wild places and implementing solutions to build a more harmonious relationship between humanity and the natural world.

Messengers of Peace are individuals who possess widely recognized talents in the fields of art, film, literature, music and sports, helping to raise worldwide awareness of the organization's ideals and activities.

Through their public appearances, contacts with the international media and humanitarian work, they expand public understanding of how the United Nations helps to improve the lives of people everywhere