Less Cash at Home for Homeless 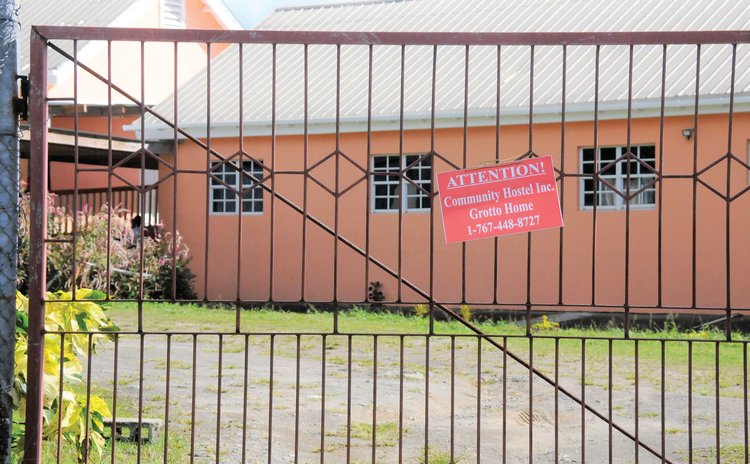 Front Gate of the Home for the Homeless at Bellevue Rawle

Something hot many very well be brewing at the Grotto Home for the Homeless, and if Government or the Home's administration fails to take prompt action, those subtle sparks may very well turn into huge flames.

That's because workers at the home located in Bellevue Rawle which caters for about 50 dispossessed individuals say they are frustrated due to the late payment of salaries, half payment at times, and overall the "crumb change" they are given.

Information reaching the Sun is that for the past six months, the Government of Dominica has not paid the pauper's allowance to the Grotto Home for the Homeless which is used for the purchase of medication, groceries and also supports staff wages.

A few of the less than 10 members of staff are threatening to cause major disruption at the institution, as they have been directly impacted by pay disruptions.

"It's been months and all we've been getting is excuses as to why they can't pay us. We want a full salary, not half, not piece, but our full salary and we are hoping that the Prime Minister or the heads of the Grotto Home can give us what is owed to us," one irate staff stated. "We all have our personal commitments, and when we're not paid our money it sets us back."

When asked if this problem has been raised with management, we were told, "they know very well what's going on, but we have people in charge who prefer to sing for their supper and not care if the rest of us eat."

While it is unconfirmed, it is said that the Prime Minister himself is personally aware of the situation and has promised to make the payment, but hasn't made good on such promise. According to the staff member, if prompt action isn't taken they're not ruling out the possibility of staging a protest until Government pays up.

When our team made contact with the President of the Grotto Home, Ainsworth Irish, he stated "no comment." We also turned to the Public Relations Officers (PRO) of the Grotto Home, Parry Bellot; we were also not able to obtain a comment from Bellot.

However, a source closely associated with the board indicated that there is "turmoil" at the Grotto Home particularly among board members who have not held an annual general meeting (AGM) in five years.

We understand that attempts are being been made to have the State take over the running of the Home, which is primarily sustained by donations from the general public, business places, non-government organizations (NGOs) and pauper's allowances from the Government.

The Sun has also obtained a letter sent to PM Skerrit, from the new Alternative Peoples' Party (APP) dated February 24, 2021, urging the Prime Minister to put the weight of his office behind the situation and resolve the issue over at the Grotto.

"The staff and residents of the Grotto are severely hampered by this decision to withhold such crucial financial support over the past six months. We ask that you consider reinstating the government's complete financial subside because the Grotto simply cannot operate effectively without it. The staff and residents are experiencing tremendous hardship, especially since Grotto Home authorities were not apprised of the cuts ahead of time," the APP states in the letter, signed by the party's interim head, Tahira Blanchard.

Several calls were made to speak with officials from the Office of the Prime Minister, and the Ministry of Youth Development and Empowerment, Youth at Risk, Gender Affairs, Seniors Security and Dominicans with Disabilities, but all went unanswered and unreturned.

The Sun will continue to follow the development of this story.