Lessons for Linton from St. Lucia 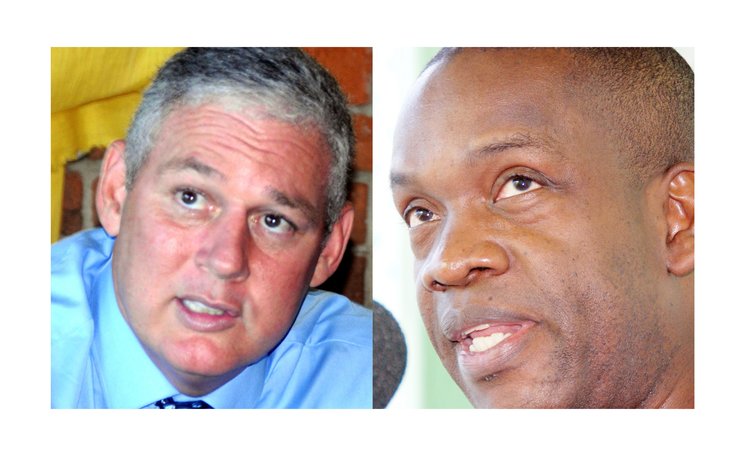 Two men viewed by the public of being aloof and arrogant; two detached men leading political parties of the same name, both into an election for the first time.

Two weeks ago, Chastanet did to the St. Lucia Labour Party (SLP) of Dr Kenny Anthony what Linton was unable to do to Roosevelt Skerrit's Dominica Labour Party (DLP) in 2014, or in this month's by-election in Soufriere, for that matter.

The Barbadian political scientist Peter Wickham said the St. Lucia experience holds lessons for Linton and the UWP here, beginning with the issue of leadership. Opinion polls conducted by Wickham's polling company CADRES prior to the last general election showed Linton was at a huge disadvantage in the leadership race with Skerrit.

"The UWP [in Dominica] continues to have a leadership problem. It's Chastanet's first time leading the UWP [in St. Lucia] and he was successful [because] his popularity matched up with Anthony," the pollster told The Sun.

This despite the fact that Chastanet was not very well liked, mainly because he had the personality of Donald Trump.

In addition, his ousting of former prime minister Stevenson King and cleansing the party of King's acolytes helped drive up his unpopularity among some party insiders, one observer in Castries told The Sun.

However, he was able to woo back the party faithful by facing up to three leadership challenges.

"After weeks and maybe months of that rift in the party Chastanet had to convince the opposing factions that he had the support of the majority by contesting elections three consecutive years and . . . [he] won each time convincingly. So after months of discord with elections drawing nigh the feuding parties decided to surrender their arms and settle for a ceasefire," the observer explained.

"The fact that he allowed his leadership to be tested three times . . . convinced ‎people that he was genuine. Kenny also helped his cause by declaring that the elections would be a war between the SLP and the Chastanet family, Michael and Allen. His non-confrontational attitude has also helped a lot.‎"

Chastanet also conducted research into the reasons he wasn't liked, The Sun was told.

It is another lesson for Linton, Wickham told The Sun, particularly since the DLP is expected to argue that the Dominican opposition leader has proved time and again to be utterly feeble, the latest occasion being last week's by-election in Soufriere.

Linton, on the other hand, may argue that there has been a preoccupation with divisiveness and vote-buying instead of important issues such as economic, joblessness and, more recently, child abuse.

Wickham suggested that the UWP should abandon its yet unsuccessful campaign of bashing Skerrit as being corrupt and concentrate instead on the voters' real crises of unemployment, misery and lack of opportunities.

This is what the UWP in St. Lucia did, he said, and see what it brought them.

"The single largest incident that added up to the fortunes of the UWP [St. Lucian]is the introduction of the VAT, which is different from what the UWP [in Dominica] is depending on; which is saying Skerrit is corrupt and so on.

"The UWP [in St. Lucia] introduced an economic plan that was more successful [that any] scandal . . . . They have to work on improving their popularity across the board."