Let's get party politics out of the National Awards process 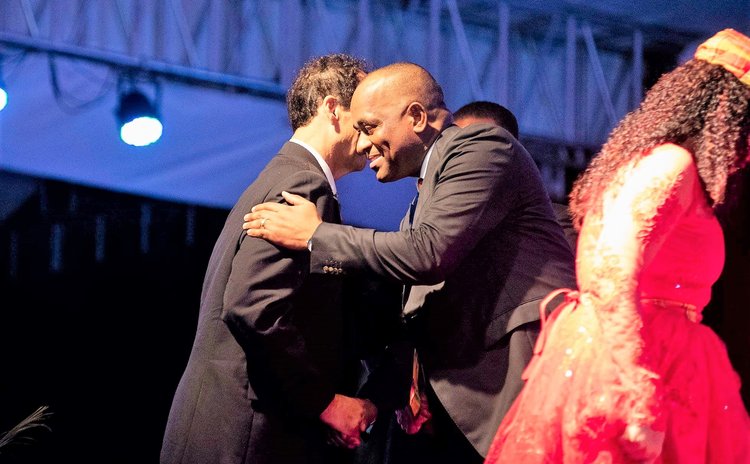 National awards issued by the State during the Parade of Uniformed Groups on Independence Day, 3rd November every year has, unfortunately, become a political party affair as far as the selection of many of the awardees is concerned.

We say unfortunately because this was not the original intention of the national awards programme. But over the last decade the integrity of the awards process has been severely diluted and if the degradation continues national awards will eventually become meaningless.

Government announced on Friday last week that it was awarding 20 people and one business for their contribution to national development and based on a cursory analysis of the list we have concluded that more than 50%, at least, are ardent, public supporters of the ruling party. For good measure, even the prime minister's father-in-law received an award.

In other words, the vast majority of the recipients of national awards are predominantly DLP supporters. If we accept the argument that there is nothing wrong with awardees being selected along political party lines, to be fair to all Dominicans and to be called national, the list must contain a fair proportion of members of the opposition.

Using the Electoral Commission 2014 general elections figures as a guide, the ratio of DLP supporters to UWP supporters on the 2018 list of awardee should then be about 12 DLP to 9 UWP in addition to one or two independents.

But people who may wish to ignore reality will argue that the granting of national awards is not based on political affiliation; it is merit-based. But that's not what the blind can see.

To verify our observation, we asked an executive member of the UWP whether any "known" members of his party were among the 2018 list of national awardees. Without hesitation he said probably one person on the list may be a "known" supporter of the UWP but he was unsure whether that person was still a supporter.

On the other hand, he claimed, at least 10 awardees on that 2018 list are known publicly to be supporters of the DLP. In addition, he said, over the past 18 years only one "known" supporter of the UWP received a national award on Independence Day and that person apparently switched sides before he received that award.

Last Saturday, on Independence Day, we heard Prime Minister Skerrit say, during the delivery of his address, seemingly trying to deflect accusations of cronyism in the granting of awards, that Clive Tavernier, the recipient of a Meritorious Service Award, was opposed to prime minister politically. Tavernier was a member of the UWP but our UWP source was not sure that he is still a supporter. The large proportion of DLP supporters on the list of national awards is not surprising given the fact that the Cabinet of Prime Minister Roosevelt Skerrit selects and, or, approves of these awardees. That fact is undisputable because Prime Minister Skerrit himself, when he announced that historian Lennox Honychurch would be the recipient of the nation's highest award, said: "I'm pleased to announce that Cabinet has taken a decision to bestow on Dr. Lennox Honychurch, the Dominica Award of Honour, our country's highest award. I am pleased to be part of a Cabinet that took the decision to recognise his effort and contributions".

We are almost guaranteed that spin-doctors will deliberately misinterpret our view on that matter of the selection of national awardees but we want to make it clear that we are not saying that Dr. Honychurch, or any of the other awardees for that matter, do not deserve a national award. They probably do but, we argue, so do persons like Eudora Shaw, Herry Royer, Cuthbert Vidal, Trevor Burton, Ron Green, Lockhart Sebastien and many others.

What do these people have in common and why would we be surprised if they receive national awards?

The issue of the use of national awards as gifts to political supporters is not new but it has become more extensive as the lines between party and government become increasingly blurred.

For example, when the Government of Dominica, a few years ago, bestowed the Sisserou Award on Urban Baron for his contribution as a DLP Parliamentary Representative for Petite Savanne there were perceptible moans of dissatisfaction among the witnesses at the national awards ceremony. One disapprover suggested that he could not remember one single statement or contribution that Baron uttered in the House of Assembly. He opined that Baron's people elected him four times and for more than 20 years Baron sat lethargically in Parliament; so what did he do to deserve a Sisserou Award?

But that issue of the abuse of national awards appears to be a Caribbean problem as well. A case in point is Jack Warner, the then acting prime minister of Trinidad and Tobago who, according to an Express editorial, issued a flabbergasting promise of a national award to Neil Ramsubhag, a 13 year old schoolboy who was kidnapped and held in a forest but escaped.

As the Express fittingly asked, is a national award merited for doing something that would come instinctively to almost everyone in a similar situation and does this not devalue the whole concept of national awards?

Additionally, there is the issue of the large number of awards that the Government dishes out on Independence Day. Twenty-one in 2018. As we reiterated in an earlier editorial, in a country with a population as small as Dominica's, it must be challenging to find many top performers in any endeavor who are worthy of receiving national awards. The first persons who receive these awards would be excellent but the others who are chosen over the ensuing years would be distinctly less deserving.

We have a similar view on the granting of Dominica's highest award, the Award of Honour. We contend that too many of these medals of honour have been issued and that the numbers should be restricted along the lines of Jamaica's Order of Merit (OM), the third highest honour conferred by Jamaica on its citizens. Jamaicans have determined that the OM can be held by no more than 15 living persons.

The point we wish to make is this: it is time to exorcise party politics out of the granting of national awards. We suggest the appointment of a committee comprised of persons of impeccable integrity to select and approve the granting of these awards and, most importantly, we must make the process much more transparent and we need to reduce the level of secrecy surrounding the process.