Let's have the audacity to build back carnival better 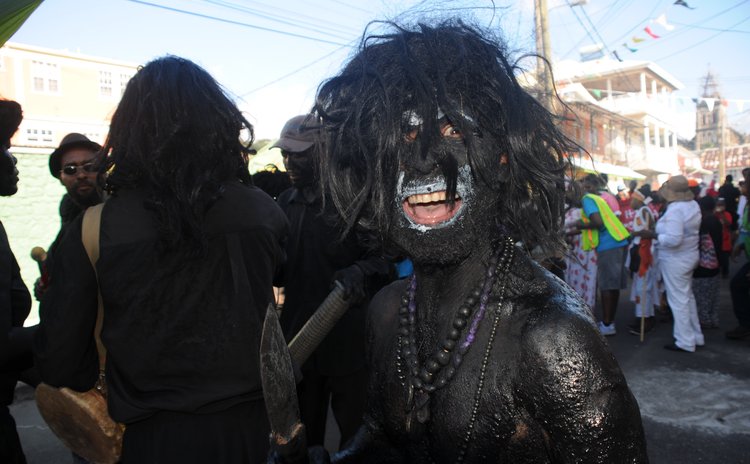 Here's a suggestion, for whatever it's worth. In the spirit of building Dominica and its institutions and its infrastructure back better after the devastation of Hurricane Maria, why not take a break from Carnival and spend one year examining ways of improving this very important festival? Then launch it with a bang. We have nothing to lose and very much to gain.

Last week, the Dominica Festival Commission announced that it was postponing a media launch of a watered-down version of carnival because the island was still recovering slowly after suffering the devastation of hurricane Maria, a category five storm.

Last year, Dominica opened its carnival season with the annual street parade; the season included Calypso tents and competitions as well as a variety of pageants for the old and the very young. That will not happen in 2018. In the past we have demonstrated that Dominica's carnival is unique, and the creativity of our people are aptly demonstrated all the way to Ash Wednesday each year. But at the end of every carnival season we hear the standard complaints - carnival was unexcited because of the impediments of empty wallets and an indifferent private sector. We hear that year after year and in 2018 will blame Maria.

It is obvious that Dominica's carnival needs drastic changes, much more than changing the themes, if that festival is to survive to the next decade. There is also the urgent need for more funding (although Government increased the subvention in 2017) to take the festival out of its current doldrums and become a serious competitor among Caribbean countries for scarce tourism dollars. We often hear the argument that Dominica's carnival cannot compete with Trinidad's but few countries in the world can, if they continue to spend a mere fraction of the amount that Trinidadians spend on carnival. For example, Dominica spends (with the exception of 2017) a few hundred thousand dollars on carnival each year whereas the Government of Trinidad and Tobago spent $154 million in 2013; that is, more than twenty seven million more than it did in 2012. Can we ever hope to approach that level, even if we factor in the countries' relative sizes and populations?

One of the other changes that certain sections of the Dominican public have been requesting is a new date for carnival. Over the last few years, the call reached a crescendo but the authorities have obviously decided that there will be no change; they seem satisfied with mediocrity or too afraid of change. The number of persons asking for that change has reduced significantly over the past two years- the change agents have given up the fight, apparently. Nevertheless, other islands have taken that bold decision and are reaping the rewards.

In an article titled "The Business of Bacchanal" written by Sharon Williams, the St. Lucia Hotel and Tourism Association makes the claim that "St. Lucia changed the date of carnival and made the festival a financial success story".

Williams writes: "In St. Lucia, one of the main problems with the conventional date of carnival coming at the beginning of the year was its proximity to Christmas festivities, a season when locals fix their homes and redecorate. They slaughter and cook all kinds of livestock and do a lot of drinking and partying. People needed more time to recover financially before they started about the business of carnival.

"St. Lucian carnival planners made a controversial decision, amidst much criticism from the Catholic Church, to change the date of the event. The goal was also to allow more people to come to St. Lucia to partake in the bacchanalia and boost the island's tourism arrivals".

The author added that "in 1999, after long drawn-out arguments for and against, the government changed the date from the pre-Lenten season to the summer month of July".

The results were a 14.4% increase in visitor arrivals was recorded for that period with 2,360 visitors coming to St. Lucia for carnival.

"Interest from other Caribbean islands grew and arrivals from the French Caribbean islands of Guadeloupe and Martinique increased significantly. In 2005 alone, 1,500 Martiniquans flocked to St. Lucia for carnival," Williams writes.

Obviously, Dominicans are caught between the desire to hold on to that Catholic event, which, from the moral perspective, seems to have gone amok, and the need to create a tourism product with the potential to attract hundreds of foreigners to our shores. The Catholic Church is also caught in a dilemma. Understandably, the Church wants to maintain its tradition (note that St. Lucia is much more 'Catholic' than Dominica) but at the same time it has to disassociate itself from the image of licentiousness, killings and drunkenness that pervade carnival. Admittedly, every year Bishop Gabriel Malzaire speaks passionately about the excesses of carnival but the Bishop must know by now that talk alone is not the solution to the debauchery of carnival. He must act too. Catholics in particular, and Dominicans in general cannot expect to have their cake and eat it. The date of carnival has to be changed because the reasons for the change are overwhelmingly obvious.

Undoubtedly, carnival has the potential of pumping millions of dollars into Dominica's economy annually but the festival organisers must be prepared to make some drastic changes. They should not expect change if they keep doing the same things year after year. Carnival must be seen as a cost-effective means of creating demand for tourism, adding a fillip to the entertainment sector by encouraging new clients, markets and media exposure, creating a new and expanding clientele for the commercial sector, such as retail stores and restaurants and generating additional business for the media and advertising industries.

The economic benefit of a change of date of carnival is therefore unquestionable. But it is obvious that a change of date by itself will not make much difference to the lethargy of carnival. In any event, Dominica cannot do worse than it has done in recent years.

So, the Maria crisis gives us a unique opportunity to take some decisive steps, not only to build better buildings and bridges but a more robust tourism product, through events like carnival.