Let's talk a little about the abuse of incumbency 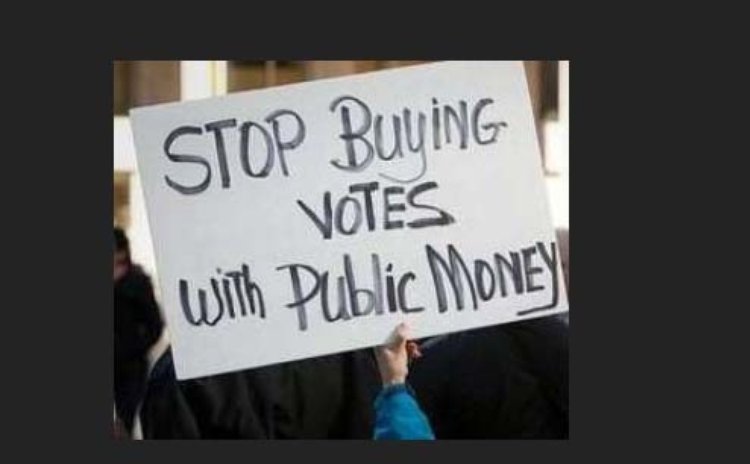 It now seems obvious that because of that never-ending election campaign, this democracy-requiring thin-line between the government of all the people and the party of some of the people has been deleted, obliterated, and erased.

Two recent events have highlighted the acutely dangerous and escalating levels of the abuse of incumbency in Dominica, a practice that continues to eat away at Dominica's fragile and severely underdeveloped democracy, like rust eats away at metal.

These incidents are the soon-to-be-established "constituency empowerment fund" and the handing-over ceremony, on Friday last week, of residential units, built under the country's Citizenship by Investment (CBI) Programme, to the people of the Roseau Central Constituency.

Abuse of incumbency, known as a form of electoral fraud, has been raising its ugly head since Dominica's attainment of adult suffrage in 1951. In fact, since the administrations of Frank Baron, of Edward Oliver LeBlanc, of Patrick Roland John, and of Dame Eugenia Charles, of Edison James, of Rosie Douglas, of Pierre Charles. But during the current administration of Roosevelt Skerrit, the abuse of incumbency has become rampant, like it may have been put on steroids; and what's uncomfortably alarming is that the abuse of incumbency is now becoming as non-eyebrow-raising as sunshine and rain and rainbows in the Nature Isle. It is being normalized, it is in your face, it is even called Christian-like.

In an earlier editorial, we warned that the concept of the paramountcy of the party is currently in vogue here in which the party and the government have become one entity like in Forbes Burnham's Guyana of the Sixties.

So, let's talk a little about the abuse of incumbency with the hope that if we talk about it long enough and clearly enough, and sincerely enough, the people will become aware enough so that this malpractice will be curtailed.

What is abuse of incumbency

"Abuse of incumbency refers to the use of state resources to aid an incumbent's campaign for re-election," states a document entitled Monitoring Abuse of Incumbency in Ghana's 2012 Elections: Final Report February 2012 – January 2013. "This occurs when an incumbent party or candidate takes advantage of government power and resources which are not available to the incumbent's challengers or opponents or even deprives the challengers of using resources".

The Ghanaian publication added that "the abuse of incumbency prevents fair elections by putting government resources that should be equally accessible to all candidates behind one party or its incumbent. It poses a serious threat to sustaining democracy".

One of the most noticeable cases of the abuse of incumbency in Dominica these days is the turning of official government events into campaign rallies, just like we saw a few days ago during the handover ceremony of the Roseau riverside apartments and, glaringly, a few months ago during the signing of a contract for the building of Dominica's first international airport.

"This behavior is not only unprofessional but blurs the line between the role of these officials as public servants on the one hand and political operatives on the other," states the Ghanaian publication (that we quoted earlier) about the turning of a government function into a party rally.

Abuse of state resources and media

Then there is the abuse of state media resources.

For decades the ruling party has been receiving overwhelming advantages in access to state media. This is continuing today, unabatedly. Although governments will always receive more access to state-owned media because of the great number of programmes it plans and administers, news organizations such as the Dominica Broadcasting Service (DBS) should not have a carte blanche to ignore opposition parties just because opposition and minor parties have not organized big and expensive events. But even when these groups organise events, like the recent National Joint Action Movement (NJAM) discussion on electoral reform, state media ignored the event. Of course, that is blatantly undemocratic.

Then there is the abuse of state resources

As an example of the abuse of state resources (and abuse of incumbency), on the day that Joseph Isaac, now Speaker of the House of Assembly, was being launched as the ruling Dominica Labour Party's candidate for the Roseau North constituency, news reporters observed that tons of heavy equipment and an army of workers were busy resurfacing state roads around Lindo Park, the site of Isaac's launching ceremony. Similar scenes were repeated throughout Dominica during the 2019 general election campaign.

Then there is the abuse of state property, including passports

When the public's property is given only, or mainly, to party supporters this is a serious case of abuse of incumbency; this is giving an unfair election advantage to a ruling party. You will have observed that this form of abuse is now rampant in the allocation of housing units, contracts to individuals not for reasons of professional competence but because of party support, scholarships given to children of party supporters, and, most significantly, passports allocated under the country's Citizenship by Investment(CBI) programme are allocated only to party supporters.

The abuse of incumbency, we suggest, will be significantly enhanced if, and when, the proposed constituency empowerment fund is implemented because state financial resources and budgetary allocations will be placed in the hands of politicians to use as they desire, to their great political advantage. The civil service will have given parliamentary representatives a license to use state property for these continuous political campaigns and provide these politicians with a tremendous electoral advantage, at the state's expense.

And we will, effectively, be making this so-called non-partisan civil service into a ravenous political party animal.

As we talk about the abuse of redundancy and improving Dominica's democracy, we must also discuss ways of curbing such abuse by enacting laws to make such abuse criminal offenses punishable by lengthy jail sentences.

Let's talk about that.