Let's win for Shane and the fans urges Richardson 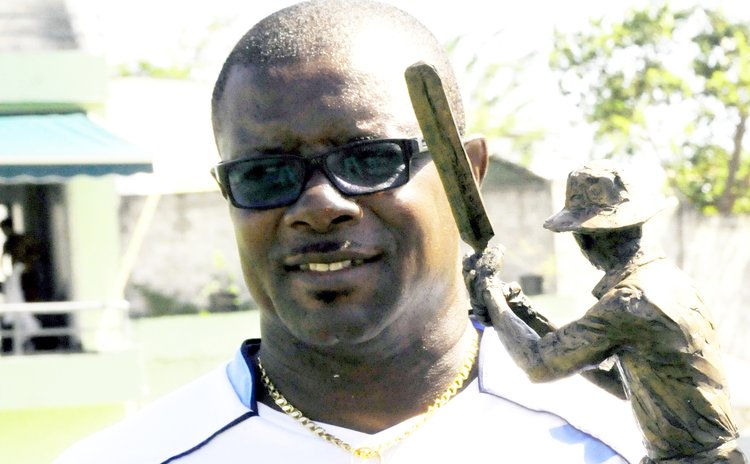 HAMILTON, New Zealand – West Indies manager Richie Richardson said he wants his side to win the third Test against New Zealand for Shane Shillingford and the millions of supporters around the World.

The Test starts on Thursday at Seddon Park here, but Shillingford has been ruled out.

The International Cricket Council, the sport's World governing body, announced on Monday that Shillingford had been suspended from bowling in international matches, after an independent biomechanical analysis conducted in Australia found his bowling action illegal.

"It has been a disappointment for us, but we realise it's very important for us to focus on the Test match starting in a couple of days time," said the Windies batting legend on Tuesday following a training session at the match venue.

"We need to win this Test match. We may have not Shane available to us, but we need to win it for him. Also we have millions of supporters who continue to stand up for us – some of them over here in New Zealand and we want to bring them some good cheer.

"What's happened, it's sad, but you are playing the game at the highest level and the players cannot afford to head into the Test with too many things in the back of their minds. They have to focus on what is ahead of them – which is to win this Test."

Shillingford has been West Indies' most successful bowler this year with 36 wickets at 24.72 runs apiece, currently placing him in the top-10 bowlers for the year in Tests. He is in the Top 20 bowlers in the ICC Test Match Bowling Rankings.

But Richardson said the visitors are working hard towards winning the third Test and level the series, after New Zealand took a 1-0 lead following victory by an innings and 73 runs in the second Test which ended last Friday at the Basin Reserve in the capital city of Wellington.

"The morale in the team is still very positive," he said. "The players are still in great spirits and we all know that we have to dig deep and work hard and win this Test.

"We have been doing a lot of normal things. The coach has been meeting with the players, individually and in groups, and we have been training hard. We know we are not playing to the best of our abilities and all we have got to do is dig deep, play as a unit, play to our potential and we can win this Test."

Richardson, a former Windies captain, said he relished the role he has been playing in the team and has built up a relationship with the players.

He said he had tried wherever possible to impart the knowledge that he gained from playing 86 Tests and 224 One-day Internationals between 1983 and 1996.

"The guys talk to me about things all the time," he said. "I speak to them one-on-one and offer a lot of motivational stuff.

"I'm not a coach and so I have to let the coaches do their jobs, but I have a good relationship with all of the players and from time-to-time we discuss various aspects of the game and how to be competitive at the highest level.

"I have had good responses from the players, they listen and I think we have a good thing going in the team."

Richardson said West Indies were ranked higher than New Zealand prior to the series and it was incumbent on his side to prove themselves.

"It meant we had to be doing some things right," he said. "What are we going to do? Lie down and get beaten? I don't believe in that kind of thinking and I will never encourage it!

"I believe in fighting back in these situations because that's how you show your true character. I don't think they will just lie down and take a beating from New Zealand.

"We have beaten New Zealand recently in the Caribbean and so we know we can beat them, but things like this happen in sport – but my advice is to fight and not to lie down."