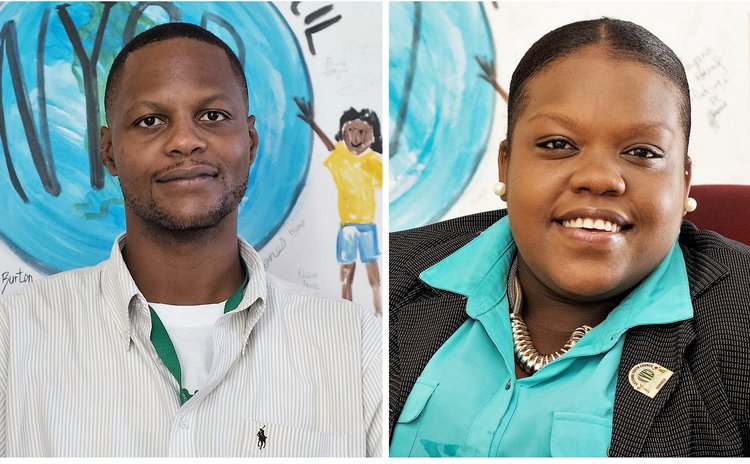 The National Youth Council of Dominica has announced that 21 Year old Annel Lewis and 33 year old Eardley Pierre have been appointed as Dominica's CARICOM Youth Ambassadors.

Lewis and Pierre's appointments as CARICOM Youth Ambassador take place from August 2017 to July 2018. CARICOM Youth Ambassadors are appointed by the Cabinet of Heads of Government (CHOG) of the respective Caribbean country and mandated to: represent to the regional policy and programmatic framework the views and voices of youth in each Caribbean country; and translate regional strategies and priorities into national activities which will improve the well-being of youth.

The main aim of the CARICOM Youth Ambassador Programme is to educate young people about and encourage their participation in regional integration and development and advise policymakers on formulating development policies and programmes which address youth needs and concerns. Lewis and Pierre will serve as ex-officio members on the board of the National Youth Council of Dominica.

The CARICOM Youth Ambassador Programme was launched in Saint Lucia in 1993 by the Heads of Government to mark the Twentieth Anniversary of CARICOM and was formally instituted in 1994. Since its inception, the Youth Ambassador Programme has contributed to increased youth knowledge and awareness of CARICOM issues and priorities; has raised the profile of young people at the national and regional levels; and has assisted in integrating the views and perspectives of young people from across the region into national, regional and international policies and programmes.