COVID-19 pushes LIAT, the regional airline, over the financial precipice 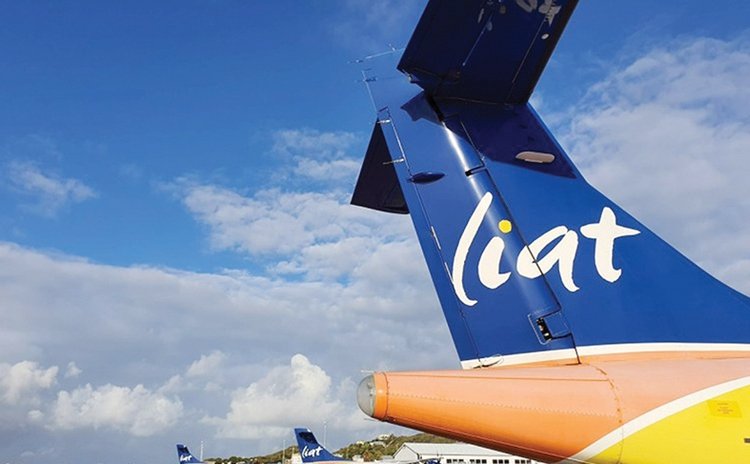 A LIAT aircraft at a Caribbean airport

Dominica's tourism sector and the local travelling public could be in for a turbulent time with the impending collapse of regional airline, LIAT.

The prime minister of Antigua and Barbuda, Gaston Browne, said over the weekend that the shareholder governments would meet shortly to discuss collapsing the long-struggling carrier and the likelihood of forming a new airline.

LIAT's demise could retard plans by the Roosevelt Skerrit government to restart Dominica's own moribund economy, pushed closer to the brink by COVID-19.

"In the short term, unless LIAT is allowed to fly as a temporary measure, Dominica would be where it is right now, zero," the economist, McCarthy "Mark" Marie, told The Sun. LIAT's current predicament is not totally unexpected. The airline has struggled for years just to service its debts, while few of the countries which rely heavily on it for tourism and the movement of their people across the region have shown any interest in supporting it.

Weighed down by a US$44 million debt, the writing was on the wall last September as Browne and his Barbadian counterpart, Mia Mottley, squabbled over the terms of the sale of Barbados' 49.4 per cent majority stake to Antigua. Once the proposed deal crashed, it was only a matter of time for the cash-strapped LIAT.

Therefore, Browne's weekend announcement came as no surprise to local hotelier Gregor Nassief, a long-time critic of LIAT's management, though not of the airline itself.

Nassief told The Sun he believed the shareholder governments were right to support the airline for as long as they could, but they got it wrong when they failed to make the "painful decisions to restructure and reorganise" the airline.

"COVID has made this painful decision for all of us," he said, noting that several international carriers, including well-known names such as Virgin and Avianca, which were "at the edge of the financial cliff", had been pushed over by the pandemic.

Then in the last two weeks, the sources revealed that negotiations were under way between LIAT's chairman, the former Barbadian prime minister, Owen Arthur, and its major creditor, the Caribbean Development Bank, on divestment, to include private sector participation. Browne's announcement suggests these are far advanced, but the resumption of flights could further delay its return to the skies if the governments can't agree the way forward. This would complicate Dominica's reopening plans.

"Dominica will be dealt the hardest blow, and it will dampen our tourism numbers during the recovery and will be yet another setback to the sector hit hardest by COVID," Nassief told The Sun. "It is imperative that we work together to secure new airlift, particularly for connectivity to Barbados and Antigua, and there are other airlines that could be engaged to fill these gaps, such as Silver, Air Antilles, WinAir, InterCaribbean and so forth – and of course CAL [Caribbean Airlines], who has recently announced its intention to service Dominica. We must act quickly."

One of the main questions facing the shareholder governments – Antigua and Barbuda, Barbados, Dominica, Grenada and St. Vincent and the Grenadines - is what model any new airline that springs from LIAT's ashes should adopt.

LIAT had been placed in the unenviable and untenable position of having to be a public service while being asked to be profitable. It's a model that simply cannot work, said Marie.

"If it's given the mandate to run like a business and be profitable, some routes would not have any flights at all, or one flight a week," the economist stressed, "[but] if they do the same as LIAT, we will end up where we are today."