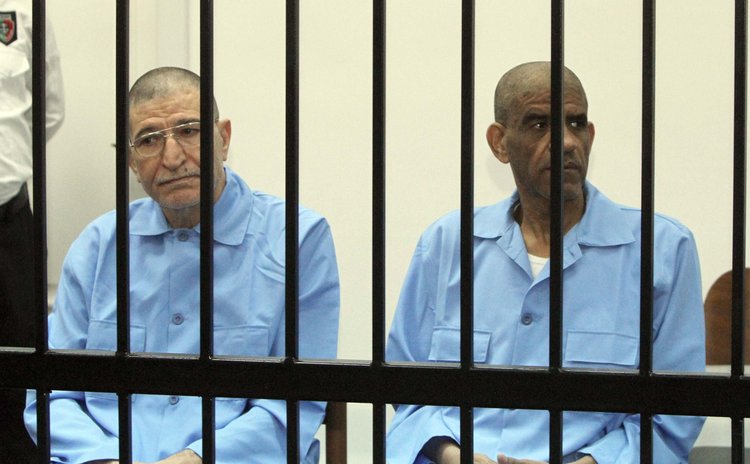 TRIPOLI, April 27 (Xinhua/Sun) -- A Libyan court on Sunday reopened the trial of dozens of senior figures from Muammar Gaddafi's government, with Saif al-Islam Gaddafi, the slain leader's son, appearing in court via a video-link.

The defendants are facing charges of systematic rape, advocating violence and undermining national unity during the war that toppled the former government.

He called the court "illegal," saying he did not have access to a lawyer to defend himself.

Saif al-Islam is currently held by militias in the western city of Zintan. The armed group has refused to transfer him to Tripoli without compensation.

The former head of intelligence Abdullah Senussi was also among the senior aides sitting behind bars during the proceedings. He called for help from foreign lawyers, saying that he "does not trust Libyan ones."

The court session lasted about three hours and was adjourned to May 11, allowing Saif al-Islam time to appoint a lawyer