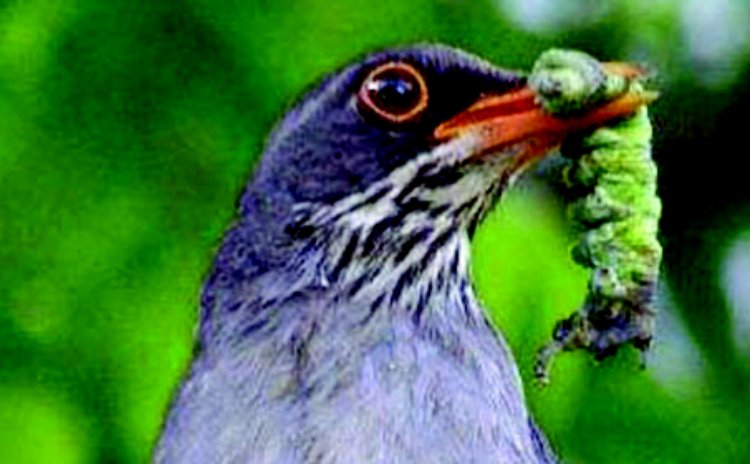 For over a decade, the Forestry, Wildlife and Parks Division has collaborated with the Society for the Conservation and Study of Caribbean Birds (SCSCB) (a regional NGO dedicated to the study and conservation of Caribbean birds), to host a month of activities in an effort to showcase the "special birds" of Dominica. This program is called the "Caribbean Endemic Bird Festival (CEBF)". Each year, Caribbean people and more specifically Dominicans, unite in their efforts to appreciate and participate in something that is uniquely theirs. This year's theme is "The Life Cycle of Birds"; a theme which although broad, makes allocation for much light to be shed on Dominican birds.

Like every human being, plants, animals and indeed birds have a unique life cycle. Dominica, like many small island states has its own diversity of plants and animals, some of which are endemic to the island, meaning they can be found only on Dominica. Each of these plant and animal organisms has their own individual form of survival much of which is not seen or known to man. These changes in the organism are critical to the species survival as it (the species) must be able to reproduce and survive after its kind. It is important therefore, that one understands the series of changing life forms that a bird goes through during its life cycle.

The very vital, yet rarely appreciated stage in a bird's life is the location and construction of a nesting area, the finding of a suitable mate, the process of mating and the incubation period (sitting on the eggs) are all the preparation or early stages of a bird's life. Based on its species every bird has its own specific time frame for or rather length of time for sitting on its eggs. This time vary from a few weeks to perhaps months. Have you ever noticed a chicken or bird at the moment when the eggs begin to crack open? Out comes this wet chick which squeaks as it tries to make familiar these new surroundings. We may never understand the behaviour of the parent which is described as the "animalistic motherly moment". The parents of the new bird become intense, defensive and will do everything in their power to defend their young. From there on it's a matter of trial and error for the growing chicks in learning and plenty anxious moments for the parents.

Trying to figure out how the various parts of the body work is a process which often times have proven to be fatal. It is a known and recorded fact that many chicks often times fall from their nests while trying to "learn" their wings for their first flight out of mom's clutch. 2. Depending on the height of the nest and the lurking predators on the ground below many a chick may not survive. Fledglings, as these young birds are generally referred to at this early stage of development begin to gain some sense of independence as they move around by engaging in some level of independent feeding but, they however continue to depend on the parent. At the end of this fledgling stage which varies from species to species, they would have matured to a point where after a few attempts; they can fly off from the parent nest and into an uncertain and often times, albeit natural dangerous world away from the protection of their parents. They will never return to their parents "house".

After a few years and perhaps countless scary moments and having arrived at full maturity, they go seek out a mate to begin their own process of contributing to the survival of the species. It often begins with "flirting" with prospective mates (always of the opposite sex) in the hope of arriving to a point of courtship sooner rather than later. The construction of a nest is next on the cards and before we know it the young adult bird has assumed the role of parenting its own off-spring. Its first mating season has arrived. Again, depending on the species, both of the sexes will take turns at warming (incubating) the eggs, waiting in bated breath for a crackling sound signalling the successful start of a new life cycle. This cycle repeats itself over the years in a quite similar order despite the fact that all birds species differ.

It is also noteworthy that of the four species of hummingbirds on Dominica the process is somewhat different. The males only feature during copulation. They have no interest in the construction of nests neither in the incubation period where the security of the mother whilst, sitting on the eggs, feeding her and doing the same for the young and vulnerable chicks. The male hummingbird, as a father, demonstrates a very poor example of what is required from a father and a portrait of what is unfortunately much too common in the human society. That is for another topic. Beyond copulation, the female hummingbird undertakes all responsibilities in ensuring that the life cycle continues and so diligently builds a nest and warms the eggs till they are hatched and continue with the nurturing process until the young one is saved, some say weaned.

Hummingbirds have a short life span of about four to six years . A mature hummingbird may breed once or twice a year depending on a number of environmental factors including the weather. Life spans will ultimately vary from specie to specie. The smaller birds or Passerines as they are referred to in the scientific community (ornithology), are birds like the thrashers and finches. These typically can live for anywhere between five and seven years. These also breed more often than the larger birds.

3. Amazon parrots like our Jaco and Sisserou parrots may take longer to reach the age of sexual maturity. They also lay fewer eggs than the smaller birds and may not necessarily nest yearly. Of course, these have been recorded to live much longer perhaps for a few decades. Unlike hummingbirds, parrots are known to be faithful after carefully selecting their mates who they bond with for an entire lifetime. The monogamy way of life only ends if a partner were to die or fall prey to hunters. The Bananaquit (Sikiye') on the other hand is quite promiscuous; both males and females select more attractive mates throughout their life cycle. It is quite a display of strength and skill with the Sikiye! The males may construct several nests and allow the females to make their choice. This is largely due to the short lifespan of the Bananaquits which need to breed more frequently (as much as 2 or 3 times yearly) to ensure the continuity of the species.

Like humans, birds need to find daily nutrition of some sort in order to survive. They also need to protect themselves and their young from predators. Birds are open to danger of all kinds; road kills, which occur daily, hunting for many reasons, destruction of their habitats by man-made and natural disasters. Activities such as the Caribbean Endemic Bird Festival are geared towards educating the public on the value of Dominica's birds. Let us all take this opportunity to appreciate the life cycle of all Dominica's bird species. The Forestry Wildlife and Parks Division welcome all to participate and support in this year's CEBF activities.