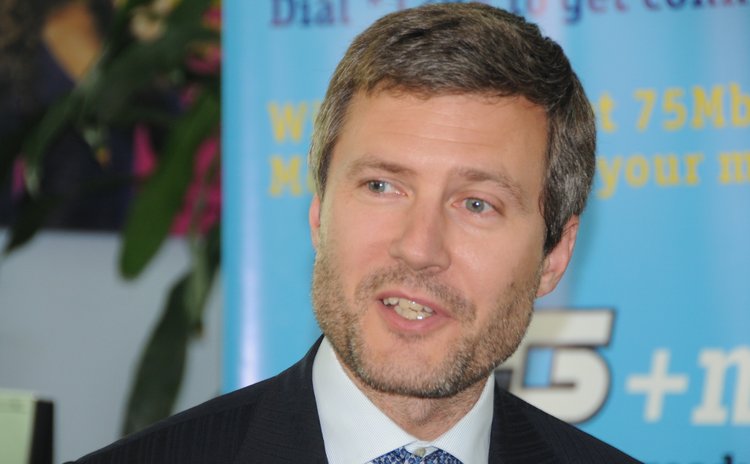 Leading telecommunications provider LIME Dominica has received a major investment of US$6 million towards the upgrading of its services.

"We are here on a specific mission to provide much better service to the countries and citizens that we serve," he said. "The last couple of year's Cable and Wireless have sold up it companies that is used to own on the other side of the Atlantic and we have done so to the point where there are none left on the other side.

"The proceeds deriving from the sale of these companies will be directly invested in a new strategy and that strategy is focused on the Caribbean and Central America.

"The 14 Caribbean nations that we support and the Panamanian market where we also operate and we unveil to the market, to our shareholders a strategy where with that geographic focus we will continue to build on four pillars that we believe will provide the greatest value to our customer base."

He said the company Cable and Wireless is making historical investment in this region and is increasing its investment level to 30% in that three year period.

The injection of funds will be on a yearly period based on the success and need of the markets. The funds will be directed to the launch of the RG network, broadband network and the speed of internet offered by the company.

"We are here now presenting an investment of US$6 million that will go into the market of Dominica and it will go into a very imminent 4G launch," Roos said. "We will also put money into beefing up our broadband capacity where as a first step before October starts we will have invested in increasing the capacity of our existing system and we will take early next year for steps into upgrading the entire network and the speeds that we provide".

Roos also mentioned the introduction of television programmes early next year which is already an established service offered by LIME in other Caribbean countries.

"You should also expect by early next year we will be in the position to start delivering a television or video program and all of this is part of our investment commitment to deliver on that strategy".