LIME – The First to Introduce 4G Technology to Dominica 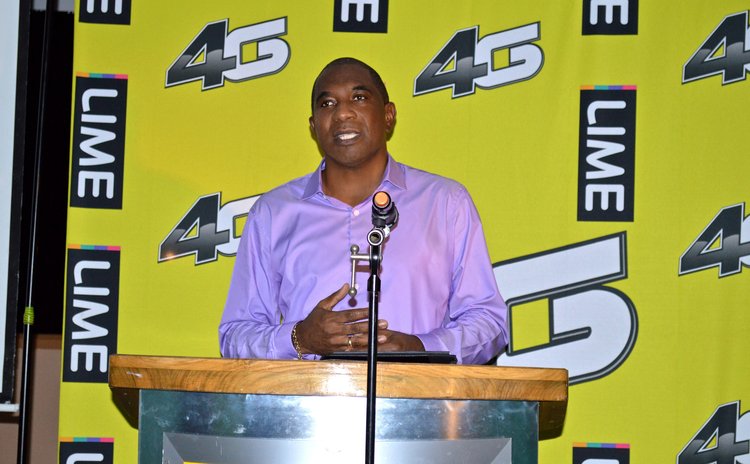 Roseau, Dominica, October 10, 2014 - Dominica's only full service telecommunications provider, LIME launched the country's first 4G data network on Wednesday, October 8th, 2014 to its corporate customers at the Fort Young Hotel. With the introduction of LIME's Superfast 4G connectivity, only LIME customers in Dominica will enjoy the luxury of this high speed service.

LIME, a member of the new Cable & Wireless Communications Group, invested more than US$4.5 million to deploy an island-wide 4G upgraded network, which has a total of 54 cell sites, according to General Manager Jeffrey Baptiste. The 4G mobile data network service is currently available across the majority of the island and will be fully deployed by the end of October 2014.

Jeffrey Baptiste addressed the gathering of LIME business partners, and noted that LIME Dominica's investment in an upgraded 4G network signals the company's commitment to delivering superior quality service to its customers. He also said it is a recognition of the need to take Dominica to the next level of mobile technology.

"The roll out of the first 4G mobile data network in Dominica is a historic event. We will remember that LIME Dominica was the first full service telecommunication company to invest significant resources, well in excess of US$4.5 million, to be the first in this market to deliver 4G to our mobile customers," Mr. Baptiste said.

"We wanted to ensure that we answer the calls from our customers and provide the upgraded data technology that meets their needs," remarked the LIME GM. "By providing this high speed connectivity we are in fact facilitating the activities of our business citizens, our social communities, e-education, e-commerce, e-security and a host of other critical activities which this high speed 4G mobile data connectivity supports," he added.

Minister for Information and Telecommunications, Honorable Ambrose George congratulated LIME on achieving this significant milestone and further commended the company for being a major player in seeking to provide a wholesome telecommunication service experience for the Dominican customer. "LIME has continued along its technological march from establishing one of the first fully digital telephone switch in the region, to the introduction of mobile services and eventually working along with the Governments of the region to facilitate the liberalization of the telecommunication sector to the benefit of customers," Minister George stated.

"As Minister of Telecommunications, I wish LIME a successful launch of its 4G service and look forward for the continued partnership and collaboration for the mutual benefit of all concerned," the Telecoms Minister added.