Linton becomes Leader of the Opposition 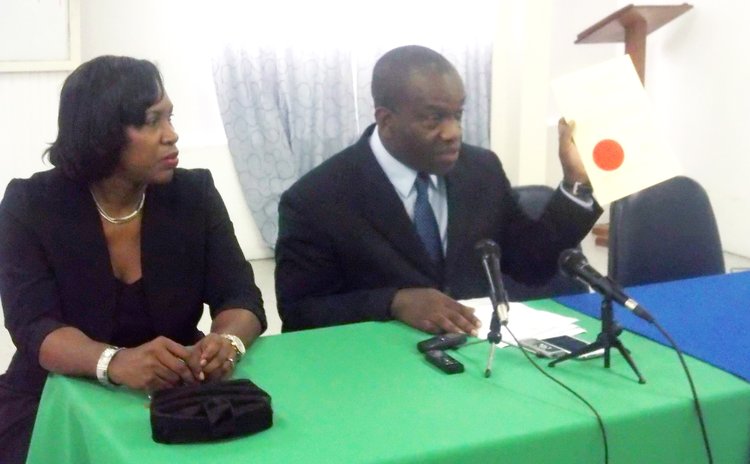 Linton and Mrs Linton at the press conference

Lennox Linton, the Political Leader of the Opposition United Workers Party (UWP) was sworn in by His Excellency President Charles Savarin this morning, December 23, 2014.

"This is an oath that is taken very seriously. It arises out of the responsibility to lead the United Workers Party Team Dominica and the responsibility conferred on me by the people of the Marigot Constituency when on the 8th of December 2014 they voted yours truly to be the representative in the parliament of the Commonwealth of Dominica," he said.

Linton said he spoke on behalf of the other members of the party and that they look forward to going into parliament with the agenda to make a difference in national development and place priority on free and fair elections. And more frequent meetings of the House of Assembly.

"We believe that the parliament definitely needs to be meeting more often and we are proposing at the very least the parliament of Dominica should meet once a month; it could be more frequent than that but it should not be less frequent than once a month," Linton said at a press conference held at the Prevo Cinemall after he took the oath at the president's office at the State House. Non-government press officials were not invited to the ceremony.

At the press conference Linton indicated that the UWP also hopes to improve the standards of social care and social services.