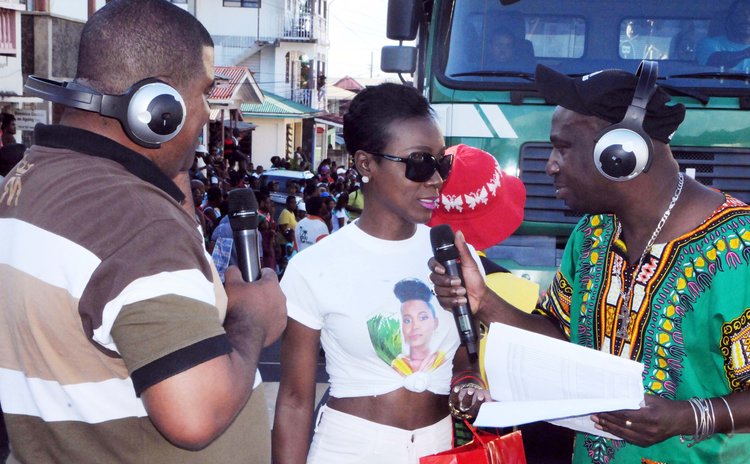 Opposition Leader Lennox Linton wants a public apology and financial compensation for damage to his reputation, which he claims was caused by talk show host Kamala Jno Baptiste-Aaron.

Linton, who is also the leader of the United Workers Party (UWP), has accused Jno Baptiste-Aaron of making certain defamatory statements against him via the Kairi FM 'The Heng' programme on May 11 and May 15 last.

The statements were reportedly in relation to the resignation of the secretary of the UWP's Marigot office and Linton's role with regard to the payment of that person.

Linton's attorney, Gildon Richards wrote to Jno Baptiste-Aaron, claiming that additional defamatory statements were made by others and published by her on the The Heng.

The attorney contended that the statements have attracted public embarrassment, hatred and disrespect toward Linton and is capable of lowering him in the minds of reasonable members of society.

Richards said Linton is concerned that his good reputation as an individual, as Opposition Leader and as Parliamentary Representative for Marigot, has been injured as a result of the alleged statements.

The letter called for a full and unequivocal apology to be broadcast on the Heng programme on Kairi FM on or before June 30th 2015. Richards said the construction of the apology must be approved by Linton prior to broadcast.

Further, Linton, through his attorney, said he wants a "written assurance and undertaking" from Jno Baptiste-Aaron that she will not publish the same or similar statements in relation to him.

Damages paid by Jno Baptiste-Aaron must be sufficient to compensate for injury to Linton's reputation and resulting embarrassment and distress in addition to associated costs, the letter said.

"In the meantime, it must be clearly understood that my client reserves all his rights in the matter inclusive of his right to institute legal proceedings against you and Kairi FM Radio station and its parent company for an appropriate remedy," the letter said.

According to the letter, Jno Baptiste-Aaron was required to respond to the letter on or before June 30, 2015.

Up to press time, she had not responded to the demand letter and Richards was in the process of preparing and filing court documents on behalf of Linton.

When asked for his comment on the matter, Jno Baptiste-Aaron's lawyer Lennox Lawrence told the Sun that he does not discuss client's matters.