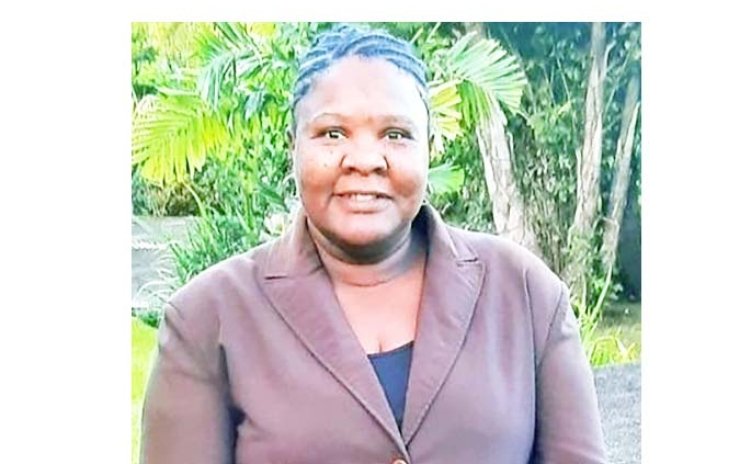 Lisa Hamilton-Sanford, from Jamaica, is contributing to Dominica's education system as she has a passion for seeing youth excel in the country she now calls home.

This educator tells The Sun she initially came to Dominica for family.

"I first visited Dominica in 2006. I brought my son to meet his family in the Kalinago Territory," she said.

Lisa met her husband while studying in the United States, and the two moved to Jamaica. She says relocating to Dominica was inevitable.

"Before we got married my husband said 'I had not been in Dominica for most of my adult life and I would like to go back to contribute to my country'. So, before we even got married, we knew at some point we would be coming to Dominica to live," Hamilton-Sanford said.

Dominica's natural beauty did not waste time charming Hamilton-Sanford into believing this would be an ideal place to call home. "My first impression was: it was so green and beautiful. Seeing so many waterfalls running off the mountains - because it was raining and the water was running off the different hills - that was really beautiful," she added.

Through family, Lisa learned about Dominica's education system and this helped guide her professional career here.

"At first, we spent our time in the Kalinago Territory. It felt like family. I was really accepted there. I felt at home and it was really peaceful," Hamilton-Sanford said. "The most important thing is my sister-in-law is a teacher and she gave me an idea of what the school system was like, and I wanted my son to be part of that school system."

Lisa, who also taught Sunday school during her earlier years in Dominica, shared that her love for helping youth was evident from her time in Jamaica.

"I have always worked with young people. In Jamaica, I was first a Youth Director with the Diocese. Then I was a social worker at a children's home, then I was a probation officer where I continued to work with young people. So, anything that helped to transform young people in a holistic way, I am always attracted to that type of occupation," she said.

Hamilton-Sanford and family made the move to Dominica in 2011. Coming from another Caribbean island, Lisa says the main differences between the two were the pace of life and accessibility of goods.

"I was used to Jamaica where I could go to the big supermarkets and get what I want but I found that difficult here," she said. As regards the Creole language, Lisa hasn't picked it up yet but enjoys listening to Creole conversations.

"I'm still not used to the Creole language, and people are always translating for me so I am not forced to learn it. I like to hear Creole, and this time of the year is my favourite," Hamilton-Sanford said.

Being involved in Dominica's education system and living here for over ten years, Lisa has noticed a major change among the children.

"When I came here the children were more down to earth and less into the brand names and so on," she said. "I see changes in that, a lot more children getting materialistic and into these brand name things. The simplicity of life, we are kind of losing that."

Another change is the increased occasional outbursts of criminal activity.

"My only concern is that recently, there is a little more crime," Hamilton-Sanford added. "When I came to Dominica I didn't have to worry about certain things in terms of crime, but now you have to be more careful. It is still a very peaceful place in spite of the occasional flare up."

Lisa's love for family, passion for teaching, and dedication to helping the country's youth cement her decision to remain in Dominica and continue contributing to the country she has grown to call home.