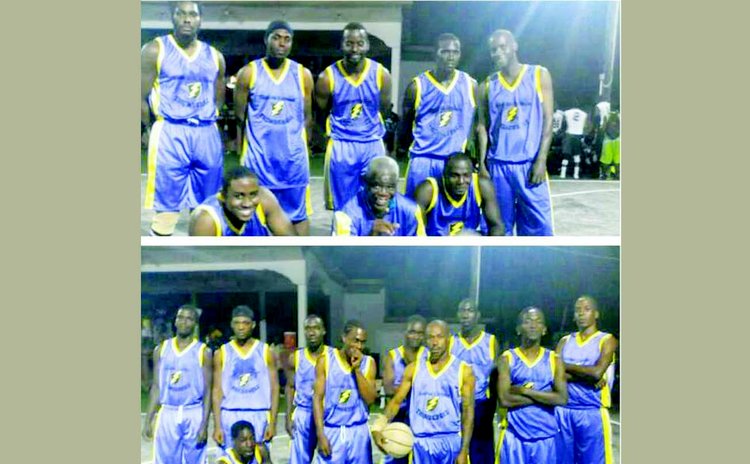 Listwè Basketball An Gwanbé Part IV focused on "4-on-4" Hoop Jam and some Grand Bay basketballers who excelled in other fields.

During the 2010 and 2011 editions of the GBBL, for example, an aggregate of 16 teams including two women's teams battled for top honours. Some of those teams were sponsored.

It must be noted that in 2010/2011, because there was only a single division and no gender bias, the ladies combated their male counterparts for bragging rights, and even defeated a few.

Some of the other teams which competed in the GBBL over the years include Bagatelle, Dubique Stars, Last Place Dictators, Net-Cutters, Petite Savanne Pythons, Grand Bay's Secondary School, Sky Walkers, Tete Morne and Young Guns among many others.

It must be stated further that several years ago Pros had also organized two Under-16 Basketball Leagues, for youngsters in Grand Bay.

Thundererz - Graduating From Grand Bay's League to Dominica's National League: For the records, it must be noted that Thundererz subsequently succeeded Pros in the National League, after Pros called it a night (??) at the end of the 2014 national basketball season. They debuted in the lower of DABA's two men's Divisions, in March 2015.

That year, Thundererz won in their Zone in the Regular League without conceding a single match. In two of their seven played matches, they blew out Ole Skool by 34 Pts (89-55), and Spartans Ballerz by 69 (89-20).

Their Craig Angol was fairly effective from beyond the arc, swishing an aggregate of 24 from 3-Point range, and was the second highest 3-Point scorer that season. He had also burnt 7 Three-Pointers in a match, and in one of their two matches versus Ole Skool, he sank a total of 11 Free-Throws!

In an encounter with Ole Skool, Kevin Toussaint hit an impressive 38 Pts, making him the player with the 2nd highest individual game-score in the 2015 national league overall.

Thundererz had also led their Division in converted 3-Pointers with a total of 36, in their 7 played Regular League matches.

Furthermore for the records, Thundererz had the four highest team-scores in Division I in the 2015 Regular League and Play-Offs; those scores ranged from 95 Pts (vs L.A. Knights) to 89 (vs Ole Skool).

Thundererz went on to capture the 2015 Division I Play-Off Championship, and were subsequently promoted to the Premier Division.

Come 2016, Grand Bay fielded two teams in the National League: one each in the Premier and Lower Men's Divisions.

Thundererz' first year in the Premier Division, and only their second in the national league, was a somewhat traumatic experience. They were like "everybody's lavabo" in the Division, being handed no less than 8 blow-outs ranging from 24 Pts (67-91 vs X-Men) to a crushing 55 Pts from Eagles.

Interestingly, in the first round of the 2016 Regular Season, Thundererz had lost to Sonics by default. However, in Round 2, the Marigot-based team returned the compliment and "gave" the Grand Bay Premier team their first game points from 14 games up to that time!

Thundererz DI ended the 2016 season with a paltry 2 & 12 Win-Loss record, conceding three blow-outs (98-65, 84-39 and 78-50).
Remarks: Grand Bay has contributed significantly to the overall development of basketball on Dominica over the past half-century. Their number of teams in the national league; their number of players on the national team; the Grand Bay Basketball League; Hoop Jam, etc. are testimony to the community's contribution.

Thundererz began their journey in the national league's top division very shakily, but so too did Nationals 50 years prior. It is expected they will bounce back in time.