Lizanne and Letecia Roach: "The Yin to each Other's Yang!" 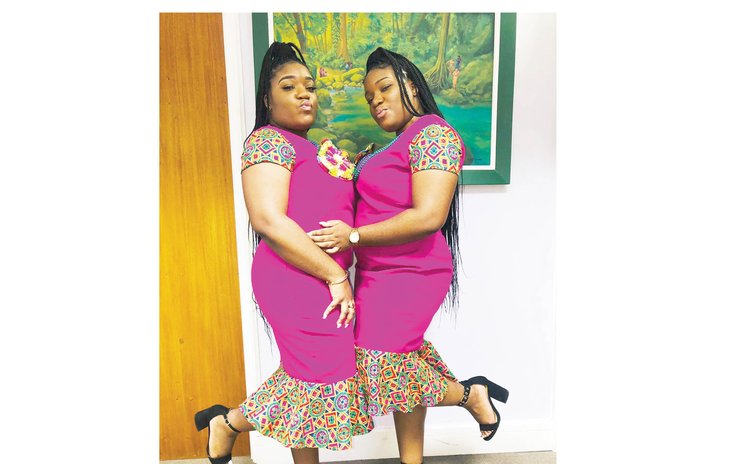 Tied at the hip, the 22-year-olds Grand Bay natives told The Sun Newspaper, they each got an assigned best friend from birth which brings a sense of fulfilment.

"It's the feeling of never being completely alone; there's always someone on your side. Being a twin doesn't feel like there is another "you", instead it feels like together we make one; that we complement and complete each other," Lizanne told.

Letecia added, "We are the Yin to each other's Yang! It's having a teammate for life. We've been lucky since birth — make that since before birth. That's because before we were anything, we were a twin. I'd argue that being born with your best friend is one of the greatest feelings in the world."

With Lizanne being the eldest, 15 minutes apart, the sisters say they have a deep level of understanding and communication with each other and described their experience over the years as "remarkable."

"When we tell people 'I have a twin sister', their first question is usually "Are you identical?" and the second is "Do you like it?" We don't really know how to answer that, because we don't know what it's like to not have a twin. It's like asking, (Do you like having a head?). But of course, we love being a twin—having two closets is awesome," the girls said jokingly.

While being a twin has its perks, it does come with a couple of cons: namely the mistaken identity and for Lizanne and Letecia being identical twins this is something they experience ever so often.

"People can only tell us apart through personality, expression, communication, emotions—all of these traits vary from time to time."

With a look-alike, one would only expect that the girls would want their own identity; however, conventional wisdom suggests that the only way to truly become "different people" would be to spend less time together; something which the Roach twins say is merely impossible.

When questioned, "Has there ever been a time that either of you wished that you were not a side of a twin or crave your own identity," the girls responded, "No! Never! How can you wish not to be born with your best friend? Also as we stated earlier, we don't know what it's like to not have a twin."

The most intriguing part of the twin dynamic, telepathy, is something that the sisters stated they have experienced in their own unique way.

"The twin vibes allow us to feel each other's joy and pain, we tend to finish each other's sentences, laugh at the same things; at the same time and even communicate to each other without any words being said. The general twin connection is more about the intensity of our bond and closeness rather than being magical. That bond often allows us to know what the other feels without having to ask or getting an explanation."

The twin chefs, national sports players and now climate change ambassadors say their plans for the future are grand but they plan to achieve their similar goals hand in hand.