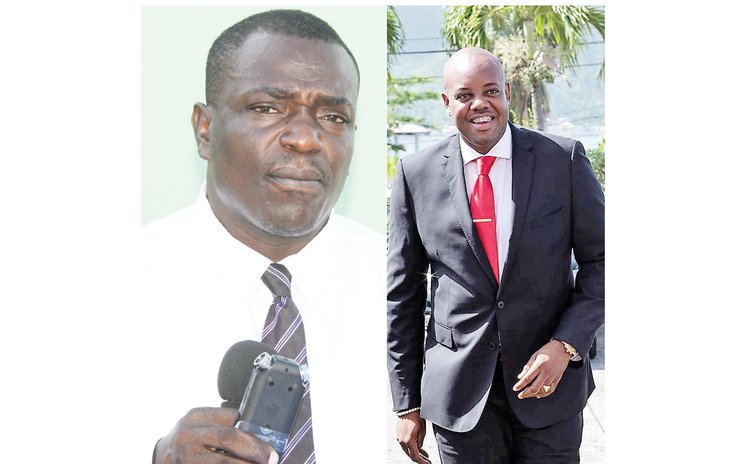 In 2009 and 2014 general elections Drigo, who replaced Loreen Bannis-Roberts as the DLP candidate, won that seat for the DLP and was appointed Minister of Agriculture. However, after a Cabinet reshuffle in 2018, Drigo was stripped of that post and was named Minister of Housing in the office of the Prime Minister Roosevelt Skerrit who took up the post of housing minister after Hurricane Maria.

More than a few Drigo supporters were dissatisfied claiming their man was "demoted" and according to DLP insiders from the Castle Bruce constituency, Drigo has been "undermined" by operatives within his camp.

"A few weeks ago, he met with a few of his top aids in the constituency and disclosed to them that he was being forced out…he was dejected," the source said.

The source continued: "He asked that we lend our full support behind the new candidate who he stated was Austelle Lockhart like we did for him and ensure that the Dominica Labour Party wins that seat at the upcoming general elections."

However, some of Drigo's loyal fans and supporters are not pleased with this latest development and are threatening to abstain from voting if Drigo is not the candidate.

When contacted Drigo declined an invitation to comment on his future political career.

"I will not discuss politics at all…I have nothing to say on the matter," he said.

Proposed DLP candidate Austelle Lockhart would not say much either telling Sun's reporter: "I understand that you are doing your job…I can assure you that there is no story to tell."

Whoever the DLP eventually chooses to be its candidate for the upcoming general elections will come up against Ernie Lawrence-Jno Finn of the United Workers Party (UWP).

The 62-year-old Jno Finn, who is from the hamlet of Good Hope, has had a long history in education, dating back to 1971, and has a master's degree in educational administration from the University of Leicester in the United Kingdom.

The last time the UWP held the Castle Bruce constituency was in 2000, and it was won by a woman. However, the party's romance with the constituency did not last much longer as Loreen Bannis-Roberts, who inherited the seat from her uncle, Romanus Bannis, saw an opportunity, crossed the floor, and has been a faithful servant of the DLP since.

The man who contested the seat for the UWP in 2014, Isaac Baptiste, now a senator and the UWP's president will not run again. Baptiste lost to Drigo 786 votes to 944.

So, Drigo held onto the seat by 158 votes, roughly the same margin as in 2009, despite increasing his overall tally by 103 votes to 944, compared to 841 in the previous election.

Still, his performances at the polls were significantly better than those of Bannis-Roberts, who in 2005, scraped through by a single vote, 799 to 798 over the UWP's Leonard Newtown, having won by 55 votes in a three-man race that included the DFP in 2000.

However, Bannis-Roberts, who now serves as ambassador to the United Nations – a promotion from her role as coordinator of Diaspora Affairs in the Virgin Islands – was earlier being mentioned as a possible replacement for Drigo. The Castle Bruce seat has had a history of switching sides since it first became a constituency in 1975, when it was first won by Romanus Bannis for the DLP. In 1980 it went to the DFP at the height of that party's popularity, but went back to the DLP, this time Eden Durand, in 1985. Romanus Bannis returned in 1990 to win it for the UWP, which held onto the seat for three straight elections before Bannis-Roberts' crossing of the floor.

The DLP has not lost it since.