An Amazing Dominican by Andrea Louis 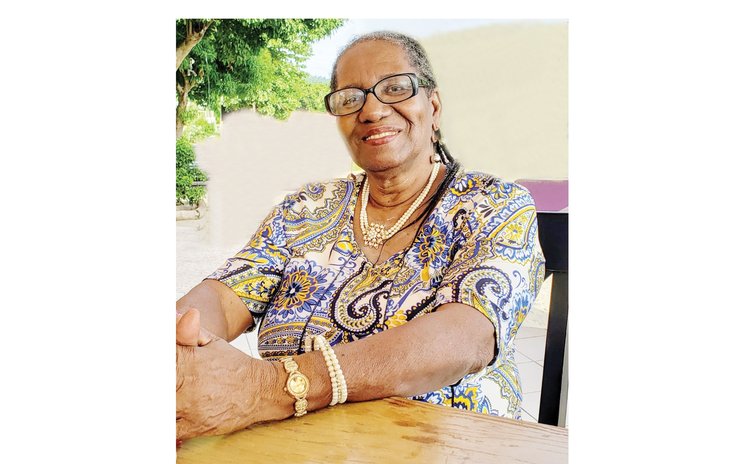 'Lovely Loranna', as she describes herself, was born Loranna Robin in Marigot. At the age of two, she was brought to Roseau to live with her aunt but visited Marigot occasionally to connect with her family.

"I would go up to Marigot once in a while because my sisters and brothers didn't really know they had a sister in town," she told The Sun.

Loranna, a peaceful, loving lady who likes to look after her friends and family consider herself a people person.

From a young age, she knew the importance of doing good in society and being kind to others. She joined the Girl Guide movement when seven years old and moved up the ladder eventually earning the title of Guide Trainer.

"A Brownie, a Guide, a Ranger, a guider, a Guide Commissioner for the south. I really passed through all the ranks of guiding. It was a very nice time learning, we learned a lot of things," she said.

Several ladies learned valuable lessons with Loranna as a leader and to this day always display respect when they meet her. Though not actively involved Jno. Baptiste would always participate when called upon to do so.

Loranna also displayed a creative streak since, as she put it, she married into a family of musicians.

"My husband was a vocalist for the band "Willie and the Wild Cats". He had a brother Alan Jno. Baptiste, a maestro. [Another] brother Wilfred 'Pancho' Jno. Baptiste who was in Phase Five and my children even became musicians. So it's hereditary," she said.

She reminisced that Wilfred's yard was the panyard where she practiced for several hours on the tenor pan eventually playing on the road for the two days of Carnival way back in the 1980s with the band 'Girls and Boys from Hellyard'.

Loranna was also dedicated to helping those in need as a member of first the Red Cross then the St. John's Ambulance. She recalled being present at football games and other events as an EMT (emergency medical technician),

"I had been with the Red Cross for some time. I even remember when I went to the Bahamas for three weeks to represent the Red Cross. That was back in 1987," she said.

Loranna is a devout Methodist having held a key role in several offices in the church from Sunday school teacher to a member of the women's league.

"My aunt was very strict on that, that we had to go to church every Sunday, we had to make sure we took part in our services," she said.

Currently, Loranna works at the Dominica Council on Ageing which is no new task to her. She joined in 1998 and was appointed in 2000. She became the Executive Officer in 2008 and resigned from that post in 2018.

"Ms. Hyacinth Elwin, she was the executive officer and a member of the church and through this, I was able to give a hand where necessary. But then she found out I was good at accounting and decided she's not going to let me go," she chuckled.

Jno. Baptiste returned to the DCOA upon the request of the current president Ophelia Marie and is happy to be playing her part in helping improve conditions for the elderly.

She remains concerned about the level of abuse towards senior citizens

"We let people be aware of the abuse that goes on. We also inform others if they know of any abuse like this to report those things. Because we can refer them to the police, refer them to legal aid, something like that," she said.

Jno Baptiste, a senior citizen herself at age 73 has four children – Marcus, Clement, Robert, and Evalina - and four grandchildren. She hopes to leave a lasting legacy for her family.

"I am hopeful that my children will look at their mother as a lovely, giving lady who brought them up nicely, trained them the best way I could. I just wish they would follow the right path," she said.