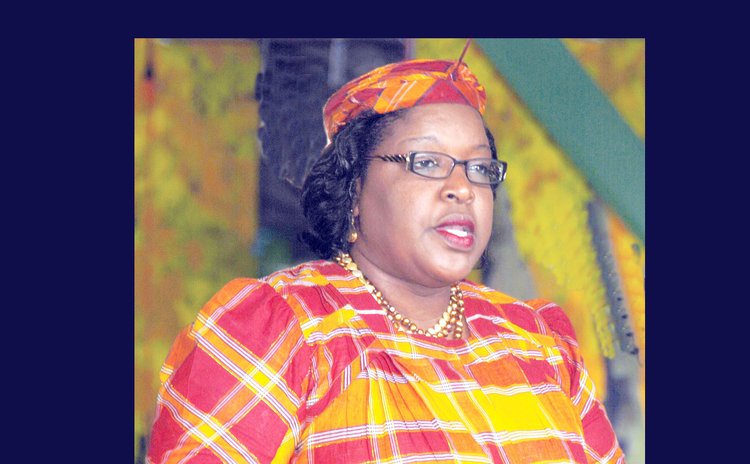 As Roosevelt Skerrit, the prime minister, tried last Friday to explain the circumstances that led to the establishment of diplomatic relations between Dominica and Syria, Crispin Gregoire, a former ambassador to the United Nations, listened with incredulity.

In an effort to quell a firestorm of controversy ignited by the signing of the agreement between the regimes in Damascus and Roseau, Skerrit pleaded ignorance, stating that his ambassador at the UN, Lorraine Bannis-Roberts, had acted alone, without his knowledge or that of Dr. Kenneth Darroux, the foreign affairs minister.

". . . there was a clear lapse of judgement on the part of the ambassador to have proceeded with the signing of such documents without consultation or instruction from the ministry of foreign affairs and ultimately, the cabinet of ministers," the prime minister said in his first statement on the issue, eleven days after Bannis-Roberts and Bassam Sabbagh, her Syrian counterpart, signed the agreement at the headquarters of Syria's permanent delegation to the UN in New York. "I expressed my outrage at this development and indeed the outrage of several Dominicans living at home and abroad."

Bannis-Roberts was forced to resign over the issue – her resignation takes effect from 31 May, but she proceeded on immediate leave effective Friday 18 March, stated Skerrit. However, despite admitting that Syria had written to the foreign affairs ministry in March of last year "confirming interest in establishing diplomatic relations with Dominica," the prime minister failed to elaborate on the ambassador's "clear lapse of judgement."

To Gregoire, the 1600-word statement was the most bizarre and worrying ever delivered by a country's leader in such circumstances.

"He really threw Lorraine under the bus, he destroyed her. She cannot be an ambassador again, you know," Gregoire told The Sun. "She was a sacrificial lamb."

As a career diplomat with extensive experience in international relations, and having occupied the position that Bannis-Roberts still holds until her resignation takes effect, Gregoire knows better than most the process involved in establishing ties with foreign countries. Therefore, he was adamant that Skerrit's explanation simply did not add up.

"That never happens when you're an ambassador representing a country because you take instructions. You don't do things like that on your own," insisted the former ambassador in reference to the prime minister's claim that Bannis-Roberts acted alone. "There is no way Lorraine would go and sign diplomatic relations with any country without having clear instructions . . . from the capital."

News of the establishment of ties between the Skerrit and Bashar al-Assad regimes – first reported by the Syrian Arab News Agency (SANA) - led to widespread condemnation of the government here.

Many questioned both the timing and the rationale, particularly as Syria is seen as a pariah state by the international community because of the brutal suppression of pro-democracy protests in 2011 and the killing of hundreds of thousands of civilians, including the use of chemical weapons on his own people by Assad in the ongoing civil war. Damascus is one also of the strongest defenders of Russia's invasion of Ukraine.

Not surprisingly, the United Workers Party (UWP) did not buy Skerrit's explanation, with Nicholas George, a spokesman for the party, telling The Sun that the prime minister was "trying to dupe people."

According to George, if Bannis-Roberts had indeed committed an error of judgement, it meant she "wasn't and has never been properly briefed" about the functions, duties and responsibilities of the UN ambassador.

"For the institutionalisation of errors of judgement endemic to this Roosevelt Skerrit ruling Labour Party regime the prime minister and minister for foreign affairs should resign with immediate effect, failing which Mrs. Loraine Ruth Bannis-Roberts' resignation should be negative [sic] and that she be reinstated in her ambassadorial position with immediate effect to continue taking misjudged decisions on behalf of Dominica," argued George, who told The Sun the prime minister was "too coward to resign."

The prime minister, in his statement, did not say when he found out that his permanent representative to the UN had virtually gone rogue, although he was careful to say he had received "official confirmation" from the foreign affairs minister on Monday 14 March, one week after the signing.

However, by 4;14 a.m. on 9 March, less than 48 hours after the signing ceremony, the citizenship-by-investment unit had posted the announcement on its Facebook and Twitter pages. In addition, on 10 March, four days before the prime minister was formally advised, CS Global Partners, a London-based government advisory and marketing firm which promotes Dominica citizenship by investment programme, issued a press release stating that formalising relations between the two countries was another step in Dominica's expansion of its bilateral relations across the globe, "by bolstering the popularity of the island on a global sphere and enabling the nation to have strong travel prospects in several regions around the world."

By shifting responsibility for the diplomatic quandary in which the country found itself squarely on Bannis-Roberts' shoulders, the prime minister is suggesting that he is not in control of the country's foreign policy, contended Edison James, a former prime minister.

According to James, it's "highly unlikely" that the UN ambassador would have established diplomatic relations with another country without the knowledge of the prime minister or the foreign minister.

"If it in fact happened, it means that somebody else is in control of our foreign policy . . . and that is dangerous," James told The Sun. "But when we reflect on who is controlling the large part of our money, which part of the world this person operates from, then we have to be deeply concerned about this situation where somebody else is in control of our country."