Dominica says not a word about Venezuelan Presidential decree 1787 that claimed Bird Island and territory of other states. Guyana and Columbia are shouting 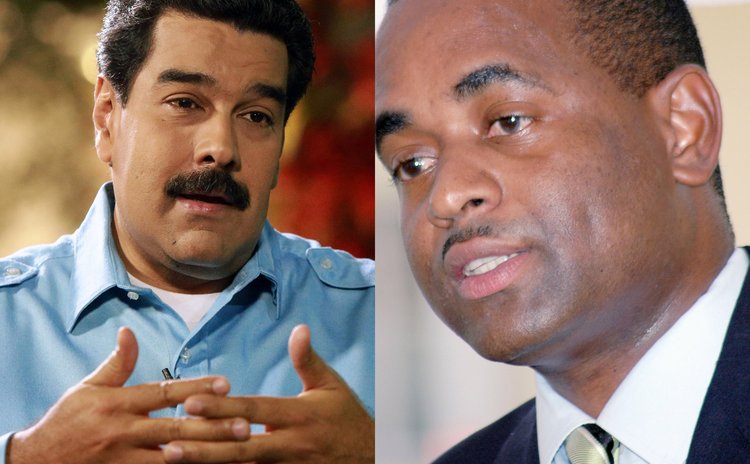 Of all the issues that arose at the recent Caribbean Community (CARICOM) Heads of Government summit in Barbados, Venezuela's controversial Presidential Decree 1787 generated all the noise.

President Nicolas Maduro issued the decree on 26 May which converted mostly disputed international waters into "Operating Zones of Integral Maritime and Insular Defense". The law contained co-ordinates and language that effectively claimed sovereignty over the offshore territorial waters of the Essequibo region of Guyana, Colombia, a small part of Suriname's exclusive economic zone and Bird Island.Guyana kicked a fuss over it, taking the matter to the CARICOM meeting at which Prime Minister Roosevelt Skerrit was present; and Colombia protested loudly, linking the Venezuelan move to China's self-proclaimed "Air Defense Identification Zones" issued over Japanese waters in November 2013, and demanding that Maduro rescind the decree.

However, Dominica - which "may still have a de jure, if not de facto maritime claim to (Bird Island)," according to David Jessop, the British expert of international trade policy and Caribbean political issues – has said nothing. No a single word.

". . . they are not going to say anything, they will just remain silent. . . and you know why," Crispin Gregoire, the diplomat and expert in international law told The Sun. "Dominica gets a lot of aid from Venezuela, but this is not enough to give up your national interests."

With pressure from Colombia and Guyana mounting, and after stoutly defending Decree 1787, described as "potentially dangerous" by Jessop, Maduro has now withdrawn the contentious law has and replaced it with a new one.

Decree 1,859 " is to set no boundaries, establish boundaries, nor any demarcation process in any way," according to Article 20. However it is meant "to support and justify the actions of the Bolivarian National Armed Force (FANB) in defending the newly created Integrated Defense Maritime Zones and Island (Zodimain)".

The first decree might have been withdrawn, however, the issues surrounding "expansionist" claims to other countries' waters and lands, including Bird Island, remain.

Bird Island , which lies just 70 miles west of Portsmouth but more than 350 miles to the north, north-east of Venezuela's north coast, has an interesting but complicated history. Several countries, including the Dutch, have laid claim to the 160 foot wide, 13 foot high rock.

If Venezuela gains a rightful claim to it, this would extend the South American country's boundaries way beyond the mainland.

Dominican leaders in the past have maintained the country's claim to Bird Island, with Skerrit's predecessor, Pierre Charles, the latest among them.

In a Caribbean News Agency (CANA) news report dated July 11, 2001, Prime Minister Charles was quoted as saying that Dominica was exploring its case in the ownership of Bird Island, contending that Venezuela's claim of sovereignty would have implications not just for Dominica but for other Caribbean states.

"Antigua and St. Kitts have expressed particular concern over the implications to their Exclusive Economic Zone (EEZ)," CANA quoted the prime minister as saying.

However, upon taking up office following Charles's death in 2004, Skerrit developed a close and cozy relationship, first with Hugo Chavez, then with Chavez's successor, Maduro.

The prime minister has been quoted by several sources, including the US embassy in Barbados in a cable released by the whistleblower site, WikiLeaks, in 2011, that Bird Island rightly belongs to Caracas. However, he is yet to outline his position on the matter to the Dominican public, nor has he taken it to parliament.

"During a visit to Venezuela in 2006 Roosevelt Skerrit stated that Aves Island belongs to Venezuela, seemingly ending the territorial claim but not the maritime claim. They seemed to agree there would be a negotiation. However just saying so neither cemented the situation in law nor, from what I can discover, resulted in a maritime delimitation agreement," Jessop told The Sun in response to questions emailed to him.

"So given a) the lack of any legal agreement and b) the absence of any maritime delimitation agreement with Dominica, it is fair to say that the Venezuelan base on Aves effectively gives them de facto control, but in the absence of any agreement or variance to the long term legal claims they do not appear to have de jure control unless there is a legal document or secret treaty," Jessop added.

Secrecy has been a major part of Skerrit's prime ministerial DNA. But Gregoire has cautioned that this matter could no longer be hidden.

"The current administration has said we don't have a legal problem but we do. Bird Island lies within our Exclusive Economic Zone, which is our 200 miles economic zone of water. What is important is our country's territory is more sea than land, and sea is increasingly become more important."

Guyana made all the noise in protest against Decree 1787. However, in Dominica's case, there has been nothing but the deafening sound of silence.