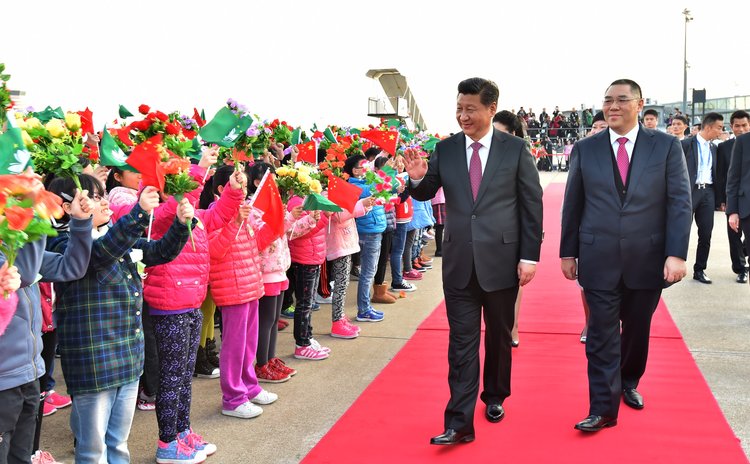 MACAO, Dec. 19 (Xinhua/Sun) -- Macao has made great achievements in economic and social development since its return to the motherland 15 years ago, Chinese President Xi Jinping said here Friday evening.

All these progress and achievements are attributable to the full and correct implementation of the principle of "one country, two systems" and the Basic Law, said Xi, who arrived here Friday morning for celebrations marking the 15th anniversary of Macao's return.

"Today, we see a vibrant, stable and harmonious Macao by the South China Sea with a brand new look," said the president.

He said Macao's success is also credited to the unity and hard work of the government of the Macao Special Administrative Region, the Macao compatriots, the strong backing of the central government and people of all ethnic groups in China.

Macao, now the masters of their own lives, can definitely unite as one, make unremitting efforts and do a good job in building their homeland under the principles of "one country, two systems", "Macao people administering Macao" and a high degree of autonomy, he said.