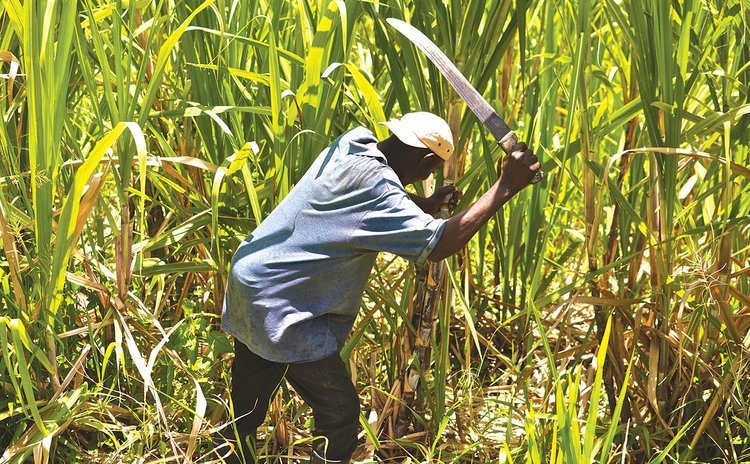 If you want to know the extent to which 2015's Tropical Storm Erika left her mark on Dominica, look no further than the Shillingford's Machoucherie Estate on the West Coast.

Almost two years after TS Erika, it is definitely not business as usual at the estate. It is still in recovery mode having suffered massive losses both during and after the storm.

The estate renowned for making the popular local Macoucherie rum ground to a halt after Erika mowed down its sugar cane crop and severely damaged buildings, equipment and machinery as well as public infrastructure.

In the wake of the estate's post-Erika financial setback, Macoucherie rum has been notably absent from shelves of retail outlets islandwide.

Manager, Don Shillingford said the estate has been producing Prime Star rum and cask rum using imported alcohol instead of making its own rum from scratch.

But because of the reliance on alcohol sourced overseas, he said these products cannot be considered 100 percent Dominican, unlike the products on which the estate's reputation was built. However, Shillingford assured that work has been ongoing at the estate to salvage and replace equipment and to replant its sugar cane fields.

He noted that among other hold ups, the estate's aqueduct needed to be dismantled and repaired. Also, the power-mill needed to be cleaned and some parts of it replaced.

Shillingford explained that the mill is powered by water streamed from the Macoucherie River, but the conduit was blocked to build a bypass road after the storm.

Authorities have assured him that the estate should have access to the river again in a few weeks.

Furthermore, the main road that was severely damaged by the storm has since repaired.

Shillingford disclosed that the estate is arranging to recruit persons from overseas to cut and crush cane, since it has proved difficult to find local workers who are willing and able to do so.

At the moment, the estate's workforce comprises eight persons, down from 30 before the storm hit.

Before the storm, the estate had 40 acres of sugar cane under cultivation, but this has been reduced to just 10-12 acres.

All in all, the historic estate should resume limited production in a few months, Shillingford said.

He acknowledged that Government has been supportive of the estate's resuscitation drive, adding, "They have not left us stranded."

Asked about the chances of recovering lost markets, Shillingford said overseas buyers have been in contact, anxious to resume selling the product.

The manager noted that Macoucherie rum is special because it is made from cane juice in the French style, instead of from molasses.

To capitalize on its unique taste and a rich history, he said the estate intends to rebrand it as a premium product aimed at the export market.

"We have plans of coming back even better," he said.

The Machoucherie estate is the only one in Dominica that grows sugar cane to produce rum.

And the manager said that as far as he knows, there is only one other water-powered mill in the Caribbean.

According to Dominican historian Dr Lennox Honychurch, Machoucherie Estate was originally occupied by the Kalinago people.

The Kalinago retreated when French settlers moved in and occupied Macoucherie in the 1700s, Dr Honeychurch said.

He said the production system today is generally the same as back then, as many of the historical features have been retained.

The property changed hands on several occasions before it was bought by Howell Shillinford in the 1930s after it fell into debt.

The property is still owned by his family today.