Macoucherie River Realignment: Rum Factory Getting Back to Business 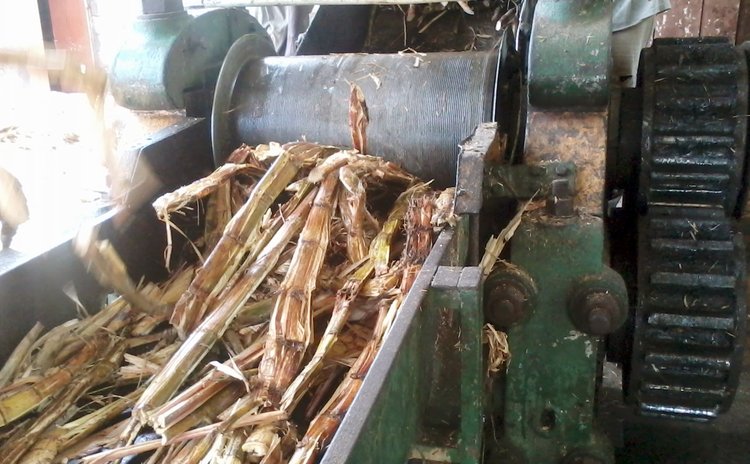 Residents, motorists, and the wider Dominican public traversing the west coast via the E.O LeBlanc Highway can rest assured of no major interruption to the Macoucherie River despite earth moving equipment in the area.

Six years after Tropical Storm Erika destroyed a vital part of the Macoucherie Rum Factory, steps are being taken to restore operations that were solely generated by that integral component of the establishment.

Late last year, 2021, passersby and river goers had noticed earth-moving equipment at the Macoucherie River and subsequently what appeared to be a diversion to the waterway.

However, the manager of the Macoucherie Rum Factory, Don Shillingford, told The Sun that the establishment undertook some work along the river in order to eventually resume the production of one of its signature items.

"What we did was an alignment of the river for our aqueduct so that when we are ready to start production the aqueduct will be ready," he said.

He noted, however, that the Macoucherie rum factory is not near the end of the plans or commencement to start using the aqueduct.

"We're just doing alignment of the river in order to complement our aqueduct," he said, "but we are not really near the end of the plans or commencement of the project."

The factory's manager reiterated that the realignment of the river is only to serve the aqueduct.

"We just started doing the realignment of the river to facilitate when we need to get the aqueduct started," he said.

The realignment of the river and restoration of the aqueduct is part of a multi-phase plan to resume the production of cane juice rum at the Macoucherie Rum Factory.

"First phase the aqueduct has been repaired. The second is the realignment of the river. Then we have quite a few works to do on our mill which will be third. Then final preparation on the aqueduct, we also have a distillation column also we do fermentation stuff so about five to six phases," he said.

The destruction of the aqueduct by Tropical Storm Erika led to the halt in the production of sugarcane juice rum. However, the factory continued to do blending for Belfast blended products, producing alcohol at 70-75% for sanitization, and the production of items for agricultural purposes.

The company got the okay from the Environmental Health Department and the Forestry, Wildlife, and Parks Division to do the necessary works on the river to feed its aqueduct.

Motorists, and the wider public, have commented on the river works, citing environmental concerns; to this Shillingford says he does not let it bother him.

"I don't address it. That is not their land, as long as you have permission from Forestry and stuff like that. It doesn't affect them, it's not their land. The existing roadway is still there," he said.

Shillingford did not disclose the full cost of the ongoing project but assured The Sun the entire project should be completed in under two years.

According to the manager, the mill had always been water-powered; therefore, the river works to resume this function should not be a surprise or concern to the public. He also pointed out that the factory didn't have a turbine powering the factory with electricity, it was for the mill only.

Shillingford confirmed to The Sun that one of the long-term goals of the Macoucherie Rum Factory is to go fully hydro and stop relying on the island's sole power company, DOMLEC, as the cost has proven to be exorbitant.

"That is something we are looking at going into the future to go into water to generate electricity," he said.