Maggie satisfied with his constitutional removal 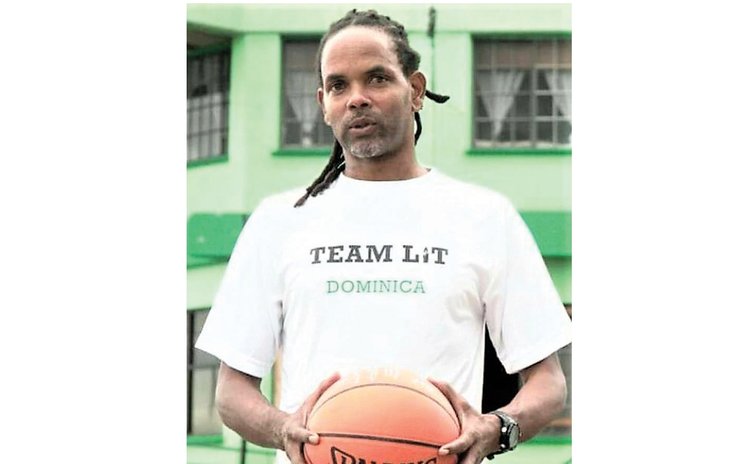 While Dunstan "Maggie" Peters says he would have loved to continue the work he started in the Dominica Amateur Basketball Association (DABA), the ousted president says he is satisfied that his removal was carried out within the ambit of the association's constitution.

More than a month of contention in the DABA has resulted in Peters being voted out as president, a position which he held since 2019.

On the evening of October 21, 2021, the association held a special meeting via ZOOM, to take a vote of no-confidence tabled against Peters. Of the 19 teams that participated at the meeting, 15 voted in support of the motion, while the remaining four abstained.

The issue arose on September 13, when Peters participated in protest action with the group Moun Sèwyé around Roseau over utterances by members of the corporate community who suggested the need for mandatory vaccination.

Peters' participation and statements made in the protest did not sit too well with affiliates of the DABA. In the days which followed the association was marred with resignations and calls for the President's resignation. In a state of disarray, calls mounted for Peters' resignation however he appeared unperturbed and stood resolute on his decision to not resign.

He continued his leadership over a collapsed executive which lacked its 1st Vice President, Peter Ricketts and Secretary Jerry Williams who resigned on September 14 and 15 respectively.

The two claimed that they were unable to have a working relationship with Peters whose actions they labeled as counterproductive and placed the association in a state of disrepute.

Other members to include the past president of the DABA, Yehudi John, averred that an attack on the corporate community by any member of the DABA is unsensible as the group's programmes are heavily sustained by corporate sector organizations, citing this as his reasoning for Peters to be given the boot.

John further declared that Peters was using his position as President of DABA to push his personal agenda but demanded that there be repercussions for such action.

The Sun was also informed that prior to the protest, there was division on the executive board of the DABA as some members had met with government entities for a collaboration on a vaccination drive. The matter was brought to a vote and Peters was among the minority who was not in support of the campaign.

However, amidst the controversy, Peters contended that his involvement in the protest had no affiliation with DABA. He stood resolute on his belief that there were not sufficient grounds to demand his resignation as according to him, he was exercising his democratic right as a citizen of the Commonwealth of Dominica and he did not damage the image of DABA.

Defending his stance, Peters stated during the protest there was no call for a boycott of any business place as suggested but, "I protested for people's human rights." The former President asserted that his position will never prevent him from speaking on "ills or wronging" by any member of society.

Notwithstanding his unyielding stance to not resign, he was removed by a vote.

Following his removal at the helm of the association, he told The Sun that he respects the decision taken and plans no further action.

"They made a decision and I'm okay with that. What I'm even more happy about is the fact that this was done through the constitutional process and I'm happy that democracy exists within the association."

He said many expressed that his vocal disapproval of the government hindered the association from receiving. Peters is hopeful that through his removal such will not be the case.

The dismissed president says he anticipates the day when Dominicans exercise their democratic and constitutional rights to remove the incumbent administration from office as was done with him in the DABA.

Peters has vowed to continue working to see sports develop. "I am going to continue to do what I have been doing, That is pushing to help the youths to realize their dreams through sports. This will be done by providing opportunities for them," the Director of 767 Sports added. Ricketts, former 1st Vice President, and Jerry Williams, former Secretary, were appointed as interim president and interim secretary. Former national player, Donnie Robinson was appointed as the 1st Vice President.