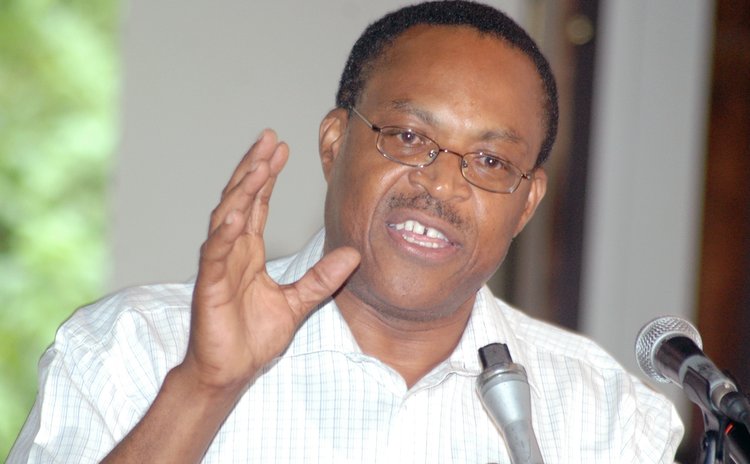 A case against former attorney general Bernard Wiltshire has been dismissed, a press release from Wiltshire stated today.

Magistrate Arley Gill struck off all charges against Wiltshire in a conspiracy case that was brought since 2011.

"He decided that after a period of nearly four years after which the prosecution were not ready for the first stage of prosecuting a case, i.e., the committal stage, it would be unfair to the defendants to continue with the case and so he dismissed it for want of prosecution," the release stated. "The magistrate noted that the DPP's office had failed to follow the order of the court on more than one occasion to come prepared to proceed and on at least the last two occasions they had no valid excuse why they were not prepared".

Wiltshire was charged with four others of conspiracy to obtain a passport by fraud, a charge which he had always strenuously denied, and which he always maintained was only being pursued as an act of vindictive discrimination by political and other foes, since there never was any evidence on which such a charge could ever have been made out in a court of law.

Wiltshire said that he now has to consider how he can clear his name completely and get some redress for the unjustified injury that has been done to his reputation, career and health.

Wiltshire has started the process of taking legal action against the police.

Through his lawyer Dr. William "Para" Riviere, the former AG filed a civil law suit (DOMHCV 364) in 2011 against the Government of Dominica through the attorney general, police inspector Cuffy M and police officer Commodore F.

Wiltshire was detained by the police in June 2011 over allegations of a "passport scam" and was locked in police cells at Police Headquarters in conditions he described later as "inhumane". He has also vehemently denied any involvement in the passport scam though he admitted he had "innocently" dealt with several persons allegedly involved in the crime.

"I had absolutely nothing to do with any passport scam whatsoever, absolutely nothing. I knew nothing about it. I dealt with the people involved. I know one of the people involved who work at the Registry…but this was purely to do with business," Wiltshire stated. Wiltshire, however, explained that in 2006 he dealt with a man who has committed three scams. He said the man came asked him to do a statutory declaration because he lost his passport.

In his statement of claim, Wiltshire stated that he was arrested without warrant and, notably, without being informed of the reason or reasons thereof.

"Following his arrest, the Claimant was detained in a police cell for about ten hours during which time he was not interrogated. After this unnecessarily long period of detention, imprisonment and deprivation of liberty, the Claimant was released without any charge whatsoever being laid against him."

"In the premises, the Claimant was wrongfully arrested, falsely imprisoned and deprived of his liberty. By reason of the matters aforesaid, the Claimant sustained severe shock and mental anguish and he has suffered loss and damage. Moreover, the Claimant's arrest and imprisonment was made known to the public news media, as a result of which the same was broadcast to the public at large, and the Claimant was subjected to humiliation and disgrace and brought into ridicule and contempt," Riviere stated.

He also stated that his client was treated "differently and unfairly from other persons who were known to have recommended persons to be holders of Dominican passports within the context of the inquiries being conducted by the police."

As a result, he asked the court for general, aggravated and exemplary damages, interest thereon at the statutory rate from date of judgment, costs and other relief.