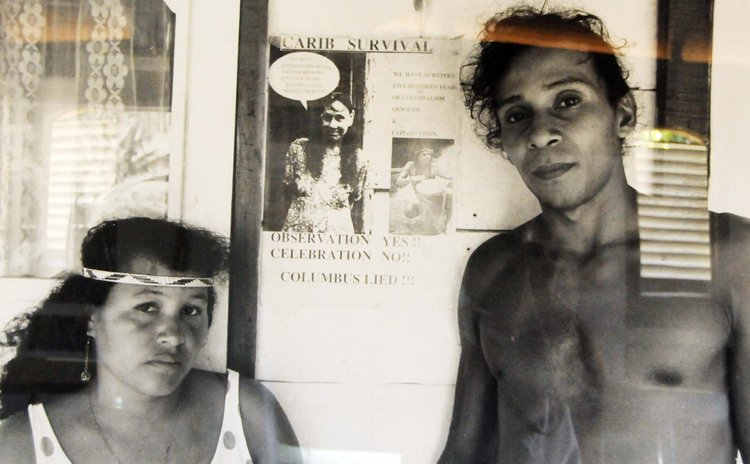 On 9 August 2022, as the Kalinagos join the indigenous people of the rest of the world to observe the International Day of the World's Indigenous Peoples, they may wish to consider whether this current government's promises will also be unfulfilled.

During the 2019 election campaign, the Dominica Labour Party (DLP) candidate Cozier Frederick seemed to acknowledge that all was not well in the land of the Kalinagos.

"Agriculture has been the bedrock of the Salybia Constituency for many decades," Frederick said at his launch in the Salybia constituency in September 2019. "They (the farmers) have worked hard but the quality of their lives does not reflect that".

Undoubtedly, since there are just a couple more years left in this term of this Skerrit administration the government will have to triple the numbers of its current programmes and projects in the Kalinago Territory to get even close to satisfying that recent set of promises.

But, alas, almost everyone in the Kalinago Territory and elsewhere in Dominica knows that the Kalinagos have been severely neglected for decades. And the Kalinagos know that.

"We are not fully satisfied with where we are", the Kalinagos stated in a magazine published two decades ago, in 2003, by the Carib Territory Communication Group, which focused on Kalinago artistes' concepts of life in the land of our indigenous people.

All Dominicans should also be dissatisfied with the standard of living of the Kalinagos and our government and people must pledge to correct that situation within the shortest period.

Declare a decade of Kalinago development

We have suggested that Government declares a decade of the Kalinagos during which Dominica will make yeoman efforts at reaching specific measurable goals in relation to reduction in poverty and unemployment as well as growth in education, tourism, agriculture, infrastructure, health, and other social issues. We have made these statements many times in the past.

Recall that the late President Dr. N.J.O Liverpool alluded to the need for such a commitment in his address to the United Nations General Assembly more than a decade ago.

In his speech, President Liverpool added that central to Dominica's development thrust was a particular focus on the advancement of the indigenous people.

He added: "The Government of the Commonwealth of Dominica continues to undertake important initiatives to improve social development for our indigenous Kalinago people."

But promises like these have proven to be empty statements, mere words and no action. In spite of President Liverpool's assurances, the fact is that all governments, from E.O. Leblanc to Roosevelt Skerrit, have claimed that they have taken "important initiatives" to raise the standard of living of the Kalinago people.

Yet that area remains one of Dominica's poorest because all the so-called "important initiatives" have failed to materialise.

As we observe International Day of the World's Indigenous Peoples

Maybe on 9 August, the Kalinagos need to pay some attention to the real reasons for these failures.

Although this year's observance of International Day of the World's Indigenous Peoples focuses on the role of women in the preservation of the culture of indigenous people.

To observe that day United Nations Secretary-General António Guterres said: "Indigenous women are knowledge keepers of traditional food systems and medicines. They are champions of Indigenous languages and cultures. They defend the environment and Indigenous people's human rights".

He added: "To build an equitable and sustainable future that leaves no one behind, we must amplify the voices of Indigenous women. Indigenous traditional knowledge can offer solutions to many of our common challenges".

These challenges, according to the UN, include persistent poverty and diseases, high levels of unemployment, poor educational facilities, among many others.

"Indigenous peoples today, are arguably among the most disadvantaged and vulnerable groups of people in the world," states the UN.

Here's a challenge for Dominica's leaders and planners: let us make Dominica's Kalinagos one of the few world exceptions where the indigenous people progressively prosper.