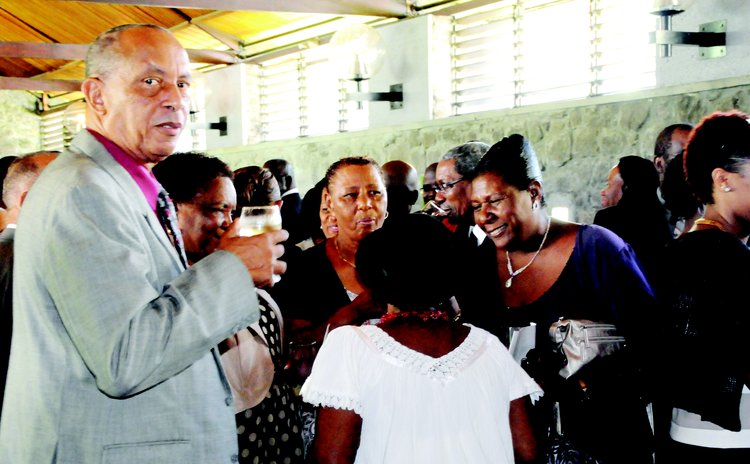 When Brian Meade began the job of managing the state-owned Dominica Broadcasting Corporation (DBS radio), on a two-year contract he did not expect to be thrown into the wilderness for over a month after his contract expired. Meade did not know whether he was coming or going.

He wrote to the board in September 2013, three months before his contract expired, expressing an interest in renewal but there was a "split in the board delayed the renewal said a source with information on the negotiations who requested anonymity.

The board was given a new mandate in September 2013 but added to that Meade requested a three-year contract and, while he had support from some board members, other voted for a two-year arrangement.

To further compound the matter, the relationship between Meade and board chairman Aurelius Jolly has taken what many describe as "a nose dive".

"He micro-manages the institution and Meade will have none of it. Members of the board clearly understand how the manager feels and have spoken to Jolly about his micro-management style," the source stated.

The source also confirmed to the SUN that the board has now approved a two-year contract for Meade but it must be ratified by Cabinet and the prime minister but since Prime Minister Roosevelt Skerrit was out of state this caused a delay.

"It was approved by the board, so by next week, say February 1, 2014 Meade should have his letter and be back on the job. There was a spilt on the board as to how many years to give him since he requested three but I can tell you that Cabinet has a lot of confidence in Meade and I won't be at all surprised if they decide to give him the three years," the source said.

The source added that questions have been raised over Jolly's chairmanship and of his deputy Lennox Lawrence. Jolly, the source revealed, was only made chairman again because "people did not want to go into the issue of declaring assets with the IPO so on that basis Jolly was reverted to."

Deputy Chairman Lawrence now owns a radio station which is in direct competition with DBS and that worries the board; according to the source, that issue will be given attention at the next board meeting. "This is moonlighting… Lawrence should resign and not be made to feel comfortable sitting at the board meetings; it's unethical and he knows that and should do the right thing," the source said.

When contacted for comments on the issue of the contract of the manager, Jolly responded: "Well, you can call the manager sir; have a nice day." At that he hung up the phone on the SUN's reporter.