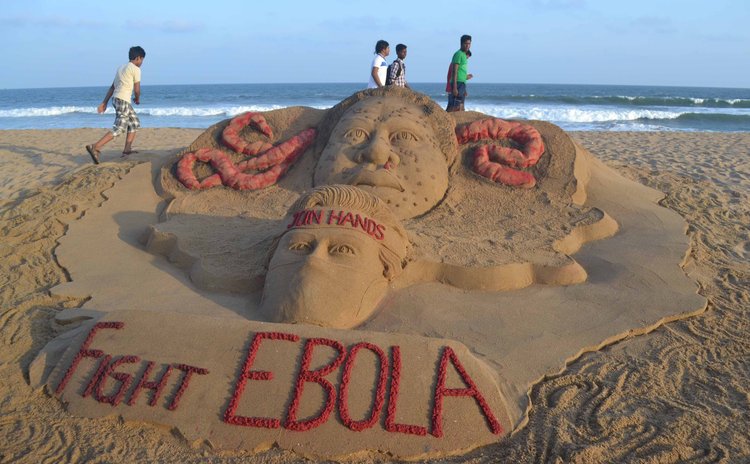 NEW DELHI, Nov. 18 (Xinhua/Sun) -- One man tested positive for Ebola and has been kept under isolation in India's capital New Delhi, an official from the Health Ministry said Tuesday.

The 26-year-old Indian working in Liberia, who was treated and cured of Ebola in September, is under quarantine at Delhi's Airport Health Organisation Quarantine Centre.

The man travelled from Liberia to India and reached Delhi on November 10. He underwent the mandatory screening at the Delhi Airport.

On interview, he gave history of febrile illness for which he was admitted to a health facility in Liberia on September 11 and got discharged on September 30.

He carried a certificate of medical clearance from the ministry of health and social welfare of the government of Liberia, mentioning that "he has successfully undergone care and treatment related to Ebola Virus Disease and after post treatment assessment he has been declared free of any clinical signs and symptoms and confirmed negative by laboratory analysis."

Though the man had tested negative for the Ebola virus, his semen sample has traces of the virus, which makes it possible for him to sexually transmit the disease.

According to experts, the virus can remain in secretions such as semen and urine for up to 90 days post successful treatment, and the Indian authorities plan to keep him under observation till those 90 days are over.

This is the first confirmed case of Ebola in India, though the victim contracted the virus abroad and has already been treated.

"Currently, this person is not having any symptoms of the disease. However, he would be kept under isolation in the special health facility of Delhi Airport Health Organization, till such time his body fluids test negative and he is found medically fit to be discharged," said a statement from the Health Ministry