India steps up attempts to get Mehul Choksi from Dominica 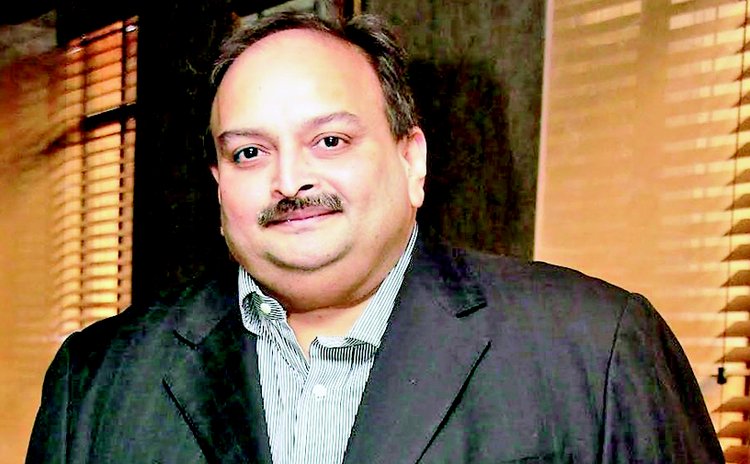 Whilst the government of Dominica remains tight-lipped on details surrounding Mehul Choksi, one of India's most wanted fugitive, Antigua and Barbuda's Prime Minister, Gaston Browne spills the beans.

The circumstances surrounding the mysterious appearance of the Indian fugitive on a remote beach village in Dominica still remains a mystery.

His attorney claims, based on information from their client, Choksi was kidnapped in Jolly Harbor Antigua, beaten and transported to Dominica via a sailing vessel.

The police on the other hand has since claimed that Choksi entered the country illegally whilst Browne says the fugitive may have taken his girlfriend on a romantic trip to Dominica and got caught.

Images surfaced over the weekend of a Bombardier Global 5000 aircraft of Qatar Executive which landed at the Douglas-Charles airport. This led to speculation about the removal of the Indian fugitive who was reportedly captured in Dominica following his mysterious disappearance from neighbouring Antigua and Barbuda.

However, with no official confirmation from local authorizes, Browne confirmed on May 30, 2021, that the jet was in Dominica with documents related to Choksi's deportation.

According to data, the 7 hour and 44-minute journey saw the Qatar Executive flight A7CEE left the Delhi airport on May 28 and reached Dominica on the same day.

Several of India's news agencies have reported that India, through diplomatic route, has told Dominica that Choksi should be treated as a fugitive Indian citizen who has an Interpol Red Corner notice against him.

Choksi has claimed that he is innocent and all allegations against him are false, baseless and motivated by politics.

The businessman, who took citizenship of Antigua and Barbuda in 2017 using the Citizenship by Investment (CBI) programme before fleeing India in January 2018, was reported missing in Antigua and Barbuda on May 23, by his wife, which then sparked a manhunt for him. It was later confirmed that Choksi was in the custody of the Criminal Investigation Department (CID) in Dominica.

When news of this broke, Browne had labelled the Antiguan citizenship holder a persona non grata and requested that Dominica consider repatriating Choksi directly to India "as a form of state cooperation to apprehend a fugitive." He said if the fugitive was deported back to Antigua, he would enjoy the legal and constitutional protections of citizenship whilst categorically stating that his government is determined to revoke Choksi's citizenship.

While authorities in Dominica were busy trying to get the Indian fugitive deported from Dominica, attorneys Wayne Norde, Julien Prevost, Cara Shillingford-Marsh and Wayne Benjamin Marsh were filing an application in court to prevent Choksi's removal which was granted.

On May 27, the attorneys filed a writ of habeas corpus, a method used to bring a prisoner or other detainee before the court to determine if the person's imprisonment or detention is lawful.

The court also granted the attorneys access to their client which was denied by members of the Commonwealth of Dominica Police Force (CDPF).

The following day the case returned to court but High Court Judge Birnie Stephenson-Brooks has issued a gag order restricting information or comment from being made public by the attorneys involved in the matter.

However, The SUN has since confirmed that as per the order of the court, Choksi received medical attention at the Dominica China Friendship Hospital (DCFH) following which he was placed in a government quarantine facility and has since tested negative for Covid-19. The matter will return to court on June 2, 2021, in open court.

India has also announced that it is sending its High-Commissioner based in Trinidad & Tobago to Dominica on June 3 to seek his extradition.

While India has an extradition arrangement with Antigua and Barbuda, Dominica isn't among the 58 countries with which New Delhi has either extradition treaties or arrangements.