Clement Labassiere of Vieille Case is guilty of killing his grand uncle. 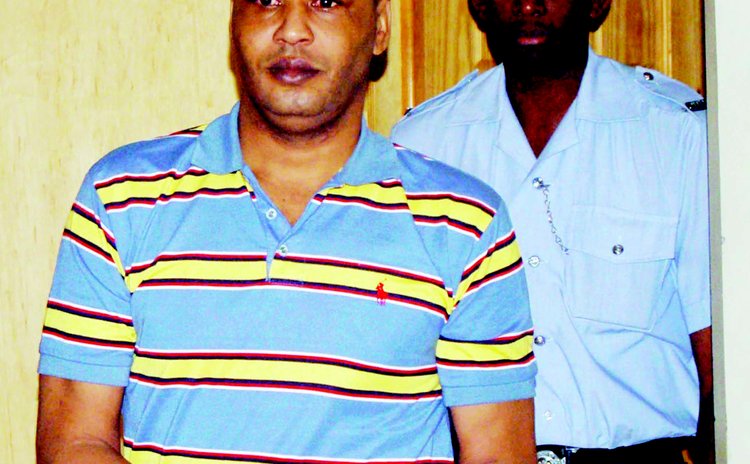 Thirty-three year old Clement Labassiere of Embas, Vieille Case returns to the Roseau High Court on Wednesday March 13, 2013 for sentencing by Judge Birnie Stephenson for the manslaughter of his grand-uncle Ambrose Leblanc, 74, of Embas.

A mixed jury of six women and three men returned a split verdict (8-1) of guilty after deliberating for nearly three hours including their lunch break on Monday February 25, 2013. The jury's verdict followed addresses by Director of Public Prosecutions, Gene Pestaina and defence lawyer Darius Jones and the judge. One week earlier, the State, through the DPP, called seven witnesses. On the fourth day of the trial Labassiere told the jury of Ambrose Leblanc and his sons constant aggression over a long period including the day he struck Ambrose with a piece of half inch PVC pipe to the head.

Labassiere told the court, from the Prisoner's Dock, that he was picking breadfruit with the piece of pipe, with a bent end, when he heard Ambrose say he had brought his spade for him. . He told the court that Ambrose also had a long, sharp new cutlass. Ambrose put a piece of galvanize on a tannia plant and stepped on it. "He started walking up to me. I got the way I did not want to. I fling the pipe at Ambrose Leblanc and I turned and run in the direction of my mother's house," he said.

Labassiere went to the Vieille Case Police Station to report that Ambrose had damaged his tannia and plantain plants.

Meanwhile, Leblanc was treated by Dr Adrien Dechausay and a nurse at the Portsmouth hospital. Dechausay found a 7-8 centimetre long laceration to the head of Ambrose, and about 4cm deep. His blood pressure was very high. There was brain trauma, and blood loss had compensated by raising the blood pressure level. The doctor knew the patient had a history of high blood pressure. Sometime later, Leblanc was taken to the Princess Margaret Hospital. About 3:00pm on Saturday February 19, Israel received a phone call telling him that his father had died.

Pathologist Dr Jeffrey Nine performed the autopsy at the PMH Mortuary on Thursday March 3, 2011.His report noted that besides the head injury, Leblanc's heart was damaged because of the long effects of hypertension. He died from a stroke brought on by the contributing effects of the blow to the head. The blow to the head was caused by a blunt object like a rock or board. The State's position was that Ambrose Leblanc was struck with a stone.