"I did not care about anything else happening around me". Here's the story of a young woman who gave birth as Hurricane Maria raged 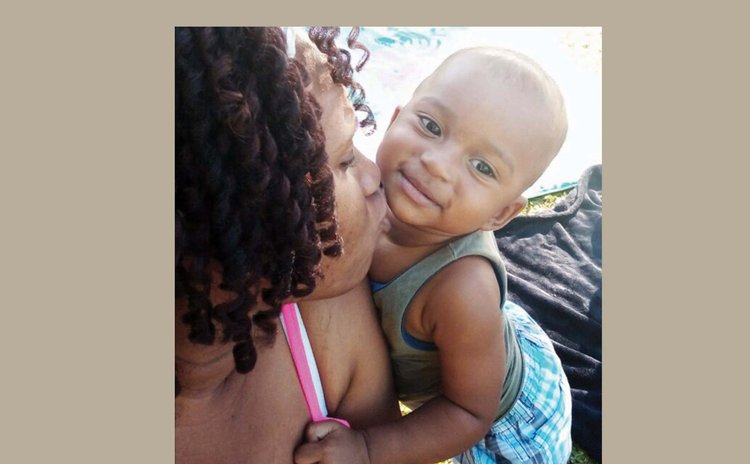 Armalique Charles is one year old. He was born on 18 September 2017 when the wind and the rain and the other forces of category five Hurricane Maria was gearing up to mercilessly destroy Dominica.

Malica Graham, a primary school teacher of Trafalgar gave birth to the baby boy at the Princess Margret Hospital (PMH) at 8.05pm on September 18, 2017.

As Dominicans last week remembered the ordeal of Maria, Graham said Armalique is well, thanks to God. Here is her story in her own words.

"After having my baby I was so excited that during the passage of Hurricane Maria I was like in a dream. It was like it (the hurricane) was happening and it was not happening," she said. "My only concern was my new born baby. I did not care about anything else happening around me; all I was focused on was protecting and saving my baby."

Graham said when the storm started she had just woken up after her delivery. The wind was howling, the rain was pouring and the roof of the Maternity Ward was leaking and beginning to cave in.

"So we called the nurses and told them that we needed to be moved since the roof was not safe, but they were like it's okay. So we stayed there, then the lights started to flicker and then it went off completely for about a minute and when it returned, the roof was hanging over the bed that I was on," she said.

She continued: "So I took my baby wrapped him in a thick blanket and his bag with all his stuff. I left my bag with all my stuff in it since that was secondary to me at that time and I ran towards the alley. The nurses were gathered there already with some pregnant women and those who had babies the day before.

"While we were in the alley, the roof feel and struck a pregnant lady. She fell on her back and I swore she was dead. They picked her up and we went to another room but the roof there was caving in so we had to seek refuge in a bathroom.

"The place was waterlogged and slippery and you have to walk in that with a new born baby. We stayed in the bathroom for a while until we were rescued by police officers who took us to a section where they were having eye clinic.

"There was crowded and a mess. No beds to sleep and so we sat on chairs for the night. We had one sandwich and a small bottle of water and we shared that among eight of us and that's how we passed the night. We laughed and talked trying not to think about the storm which was raging.

"The next day the nurses gave us a bed but I had to share it with another patient and her baby for one week and we had to share our baby stuff with each other from wipes to pampers and all…we cried.

"About three days later I heard a voice at the hospital and recognized it was that of my mom who lived in Pointe Michel. I burst into tears (she paused here and started crying) since I had heard news of several deaths in Pointe Michel and was not sure if she and family was part of that.

"They saw the baby but they could not hold him since they were muddy and dirty. They brought me snacks...they were happy that we were alive.

"A week after we were discharged since the hospital had no beds and we were told a helicopter would be picking us up. I stayed on the porch the whole day waiting but the helicopter never arrived. So I had to go back in and share a small bed again with a patient.

"The next day my mom arrived at the hospital and said we going home. I parked my stuffs and walked from PMH to Giraudel with my baby assisted by my mom and aunts.

"I spent one week in Giraudel before moving to my home in Trafalgar. On arrival I burst into tears seeing the damage caused by the Hurricane. It was heart wrenching.

"I must say that I was very disappointed at how the hospital handled the situation in our area; we got nothing to eat although things were being distributed after the storm. That experience was shocking and traumatic for me. I am now excited after surviving the shock and traumas of the hurricane."