Expenses were higher, revenue was lower in 2018, DCA officials say 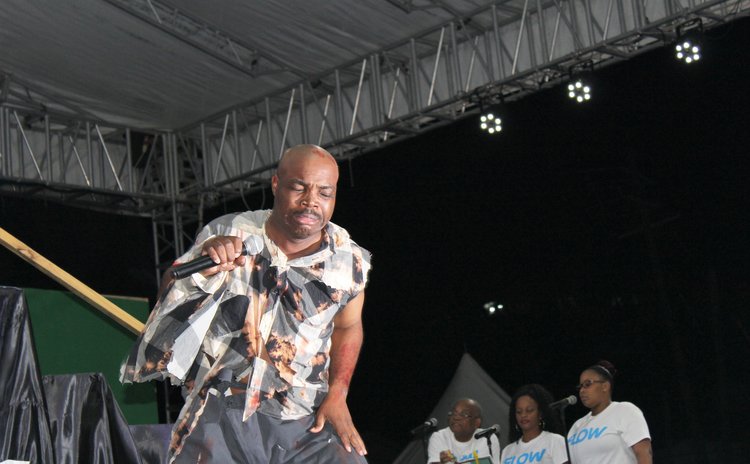 Karessah at the 2018 Calypso Finals

Hurricane Maria which devastated Dominica on September 18, 2017, plus heavy rains during the Quarter, Semi-finals and Finals blew away and washed down profits of Calypso season 2018, the Sun can report.

"Expenses increased this year, in fact we usually don't pay for stage and venue for Eliminations but this year we had to do so," said a member of the Dominica Calypso Association (DCA) who requested anonymity to speak candidly on the subject.

According to a well-placed source, about 500 Calypso fans bought EC$35 tickets for the Quarter Finals and generated gate receipts of $17,500. For the Semi-finals about 900 fans paid $35 each at the gates; that meant the DCA collected $31,500 for that show.

"It was a rough season for us…we had rain at the Quarters and the Semis and also the Finals that greatly affected our gate receipts plus lots of people did not want to come out because of the lack of electricity," the top DCA official told the SUN. "What I can say to you is that we are still putting the figures together…but preliminary from what we have seen so far, I think that we had a crowd of about 3000 at the Calypso Finals which is clearly much smaller than usual."

According to earliest figures, the DCA had catered for 130 seats at a cost of EC$120; since those seats were sold out the DCA pocketed EC$ 15,600 from that facility.

Since about 3000 patrons paid for standing-tickets at the Finals, the DCA recorded gate receipts of EC$240,000.

"We did not even factor in the Eliminations because that was a cost for us. We have to pay the bands, the top prizes, security, the venue, stage, our loan also, the people who made it to the Quarters and Semis and also all our guest artistes", the DCA official said. "It has not been the best year for us our expenses went up, up, up."

Stressing that this was a "brief preliminary figure", the DCA official said the association had estimated total revenue of EC$304,600 for the 2018 Calypso season.

"This is a bad year for us…much more expenses as compared to the other years," he said.

The SUN contacted DCA Treasurer Kelly Williams for his comments but he declined directing us to the PRO Davidson Victor.

Victor responded: "I don't have the finals figures but… this was not the best of years for us at all."