(The following is reprinted with the kind permission of Alix Boyd Knights and Dr. Lennox Honychurch, the authors of the book "Women in Parliament in Dominica: Past and Present"). 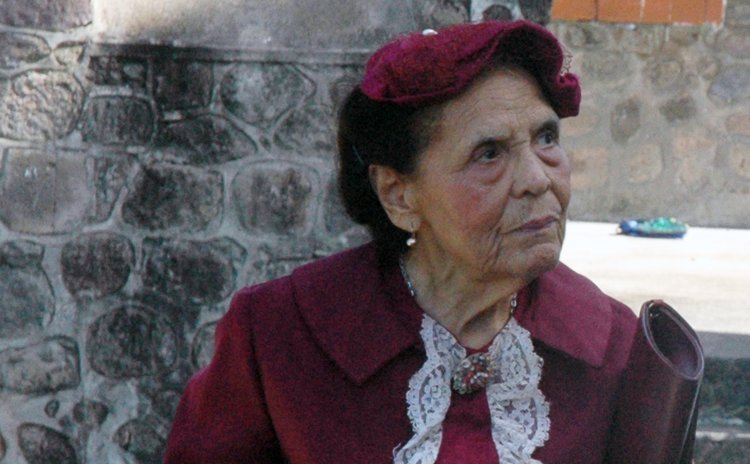 Marie Davis Pierre has the distinction of being the first female Speaker in Dominica a position which she held for just over seven years. When ask what motivated her to enter politics, she replied that she was never really motivated. She recalls that when the Dominica Freedom Party came into power, Miss Charles (as Dame Eugenia Charles was then) first asked her to be Speaker, she refused. But, she says, ''Miss Charles was persistent. She said I knew the Rules of the House, having written a book on Parliamentary Procedure, and that her members were new and knows nothing about Parliamentary Procedure''. She adds that her family and friends told her she should accept, so she did.

The road which led Marie Davis Pierre to the Speaker's Chair was long and varied taking her through her education at the Convent High School, which she entered at the age of 12, having won the single Annual Roseau Town Council Scholarship which was offered for girls.

Through being a choir member and a catechist, running a kindergarten private school then into the public service.

Mrs. Davis Pierre recalls that on leaving school in 1937, being unable to find a job, she started a Kindergarten School which she called ''St. David School''. Later, in 1944, she joined the Civil Service as it was called then. Around that time she, too, became a catechist, serving the Catholic Church in that capacity for 56 years and at the same time joined the Cathedral Choir.

Marie Davis Pierre's love for music and singing is well known and many can recall her musicals, concerts, and solo performances in church. But it was her path through the Civil Service which eventually led her to becoming Speaker.

In 1965, when Mrs. Davis Pierre was appointed Deputy Registrar, she immediately set about re-organizing the Law library, Trade Mark Section carefully indexing and filling all books and documents so that they could be retrieve more easily.

In 1967, when Dominica attained its new Status as an ''Associated State'' with Great Britain, she was chosen to be Clerk of the House and by 1970 she was sent on a 3 months attachment to the House of Commons to study Parliamentary Procedure under the Westminister System of Government. The following year, 1971, she was sent to Canada on another attachment to study Record keeping and Management. She wrote reports on her return to the State on the two attachments and presented them to the Government of the day.

That short stint on Record Keeping enabled her to reorganize the filing system of the Office of the Clerk of the House of Assembly incorporating the advanced method she had learned. It was now possible to file documents in such a way that they could easily be retrieved. She also put her learning on how to prune the files containing these records so as to reduce storage space, to good use.

Mrs. Davis Pierre also gave many lectures on those two subjects to Junior Public Servants, Village Clerks and other such public entities.

It was as Clerk of the House she became the first Caribbean Clerk of Parliament to write a book on Parliamentary Practice and Working Methods of the Dominica House of Assembly which was published in 1975. To quote what historian Dr. Lennox Honychurch had to say in the Press about the Book –

'' It is a concise and well researched piece of work which is much needed at the present time not only by the Dominican Parliamentarians but I am sure by those of our sister islands, as well. As a member of the House who has been diligently plodding through the 1145 pages of ''Mays Parliamentary Practice, I can personally say that Mrs. Davis Pierre's book is most welcome. The Clerk of the British House of Parliament has observed that no small State has produced such a work''.

Mr. Royston Ellis, a Journalist, had this to say in the 'Educator' Newspaper:

''Mrs. Davis Pierre wins admiration for her scholarship. This is the first attempt by a West Indian Clerk of Parliament to write a Manual on Parliamentary Procedure. Its pages give more insight into life in Dominica than any guide book. Mrs. Davis Pierre who has been Clerk of the House for 8 years and spent 6 months in writing this invaluable handbook is already known in the pages of Dominica's newspaper for her forthright views''.

On the 3rd November, 1978 when Dominica became a Sovereign Democratic Republic, as Clerk of the House Mrs. Davis Pierre assisted in preparing the procedure for the important event when the Constitutional Instruments were handed over to the Honourable Premier, Mr. Patrick John, by her Royal Highness Princess Margaret in an Address incorporating the Queens's Message to the people of Dominica. On the 15th November, 1978, she receive a letter of thanks and appreciation from Mr. Patrick John, (then Prime Minister), Stating-

''On my own behalf and on behalf on my Cabinet Colleagues I wish to convey sincere thanks and appreciation for your contribution in making Independence Celebrations the tremendous success that it was. Through reports of overseas guest and personal observations there is no doubt that you have done a great job. In a show of real national spirit you have come forward as true sons and daughters of this land. May God bless you.''

In December 1978, Mrs. Davis Pierre retired from the Civil Service having reached the retirement age and having given thirty-three years of service. On her retirement as Clerk of the House she presented to the Prime Minister, Mr. Patrick John, and the then Leader of the Opposition, Dame Eugenia Charles, bound volumes of the Minutes and Hansards with indices of the Meetings of the House of Assembly, dating from 1st March, 1967 the date she was appointed Clerk of the House of Assembly, to the 28th October, 1978, the date immediately preceding Independence, 12 years all told. It could not have been an easy job. She also presented to the House three bound volumes with indices of the laws of Dominica from 1627 to 1978 and another volume with all the speeches of Colonial Governors, the Resolutions of the various members of the Legislative Council striving for improvement of their Colonial status and dispatches from the Secretary of State. A copy of all these documents can be found in the Library of the House of Assembly.

In 1980 when the Freedom Party came into power, she became the first female Speaker of the House of Assembly. She was re-elected in 1985.

In the House she experienced some difficult situations, such as 'walk-outs', disorderly behaviour etc. Mrs. Davis Pierre gives credit to the Convent High School for the character training that she received which enabled her to study the behavioral pattern of each member and keep a balance. From the onset, Madame Speaker made it clear to Members that they were expected to abide by the Rules of the House and to respect the authority of the Chair. She made sure, through hand-outs, that all new members appointed to the House were initiated with the procedures of the House.

Madame Speaker held the view that the people should not be alienated from the Business of the House and so she tried to ensure, through various articles she wrote in the Press to forge a closer link between Parliament and the people.

When asked what advice she had to offer Women entering politics today, Mrs. Davis Pierre was quick to reply, that she was not in a position to do so as she did not like politics. She went on to say that she felt that people entering politics today see only the faults and not the positive side of things and that so much negativity was inhibiting the progress of the country.

There is no doubt that Mrs. Davis Pierre has left an indelible mark on the Parliament of Dominica, not only as the first Female Speaker of Dominica and the Region but also because of the many projects she undertook when she was Clerk of the House to improve access to papers and documents, creating the library and in many other ways enhancing the values of the Parliament itself.