Marieke van Asten: I would love to do more for the children

Enchanting Island: They came, they saw, they stayed… 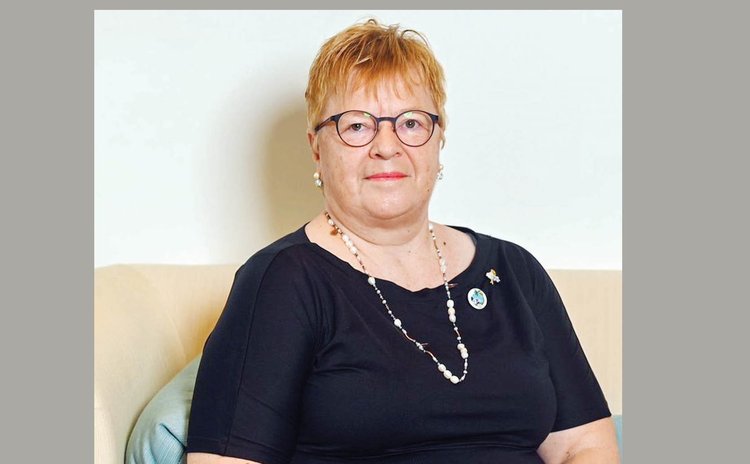 Dominica's children are receiving some much-needed love and psycho-social support from Marieke Van Asten, who has made the Nature Isle her home.

Van Asten, originally from a small village in the south of the Netherlands, first visited the country in 2011 after developing a friendship, online, with a local individual.

"I wanted to see where Dominica was, because like most people in the world I had no clue," Marieke said.

And five years later, after visiting the country several times and growing more and more attached to the island, she decided to make Dominica home.

"I love my country, but it is very populated and has a lot of concrete jungle and Dominica is mostly nature and totally not overcrowded", she said. "That is why I decided it was best to move here."

During her almost five and half years of living in the country, Van Asten has grown to cherish several aspects of island life and heritage.

"I love the fact that so many fresh fruits and vegetables are available in the market or on the streets and the people so far are really friendly," she said.

There is one interesting difference she has noticed between Dominicans and Dutch but has grown to love the idiosyncrasies of the society.

"Culturally, there are differences. Dutch people are very blunt, up front, and speak their mind. I find that happens less here. But that is okay. Every culture has its charms," Marieke said.

And the charm of the people is what drove Marieke to create The Breadfruit House, a not-for-profit organization geared at helping the nation's children deal with their emotions from traumatic experiences.

Marieke, who was off-island during Hurricane Maria but returned four months after, says this organization was established after the storm when she saw the need to do something to help.

Marieke knows from experience how beneficial a creative outlet can be to youth who have been traumatized.

"That is what The Breadfruit House is about. To let children express themselves and tell their stories through creativity," Marieke said.

The Breadfruit House founder started her mission in 2019 by hosting programmes in two schools here.

"We work with primary school children between the ages of six and eleven or twelve. Goodwill Primary and Roseau Primary have hosted me to run programmes, then COVID hit, " she said.

Despite the snag caused by the pandemic, Van Asten is looking forward to resuming her work come September.

During The Breadfruit House's tenure, its founder says she has seen some improvement in the children with whom she works.

"I get good feedback from both schools. They see changes in the children, albeit only baby steps sometimes. I'm not a social worker, nor am I a counselor. I have a big heart and I want to show those children they matter," Marieke said.

As Marieke continues to thrive in her new home Dominica, she is committed to helping more children, who are dealing with trauma, to thrive also.

Her future plans include expanding her programme so that more children in the country benefit from having an artistic avenue to express themselves.

"I am hoping to eventually run two programmes and four different groups. The bigger plan is to run two groups every day but then I need people to come and help me," she said. "I am currently writing a curriculum because other people have shown interest so maybe we can replicate it up north."

Passionate about helping children here, Van Asten is proud to share that The Breadfruit House's programme is shaping up nicely and sees a bright future for the organization and the country's children.