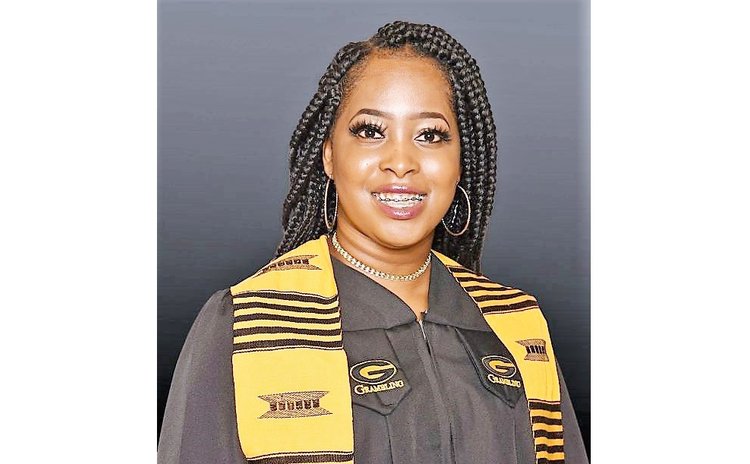 Last week, when the Grambling State University (GSU) held its commencement exercises Marigot native Donelle E. Roberts who has invested the past seven semesters majoring in mathematics and physics with a concentration in actuarial science became the first of her family to not only earn a college degree but be awarded the title of valedictorian.

Not only did the youngest child of Ruth and Jeffers Roberts earn the top position in the 2021 fall semester with a 3.98 GPA, but she also made history as the first graduate to earn a degree with a concentration in actuarial science from the American university; something she never considered in the past.

"At first I didn't know what I wanted to major in," she said. "I knew I wanted to do something big, something important, but I really didn't know what major would help me obtain such a broad goal. But I did know that I love maths. So as I was scheduling it was suggested that I major in math but look at actuarial science, too. I was the first student to go into that programme because GSU had just started it. The physics courses involved with the degree were tough but I still got the grades I wanted. I just went with actuarial science, and it's been wonderful. I enjoyed it very much."

Determined to succeed, she took on nearly ten courses per semester all to ensure that her goals were met in the two-and-a-half-year timeframe that she had set out.

"I remember my first and start of my second semester being quite hectic because I was taking seven courses and then I was helping to do practical and theoretical research on laser treatments of Samarium Cobalt to try and create smaller, stronger magnets with one of my physics professors, and was also doing quite a bit of on-campus tutoring for the Office of Retention. So I was really busy. But that also taught me to prioritise my time, build great habits and stay focused on my goals," she said.

Then that unexpected circumstance hit in the form of the Covid-19 pandemic which meant that all classes had to be reverted to online. But while it was a setback for many, Roberts said that for her on the other hand it was an advantage as managing her time and schedule became a lot easier.

As to her next plans, the scholar intends on continuing her studies to take and pass actuary certification classes then advance on to her master's degree.